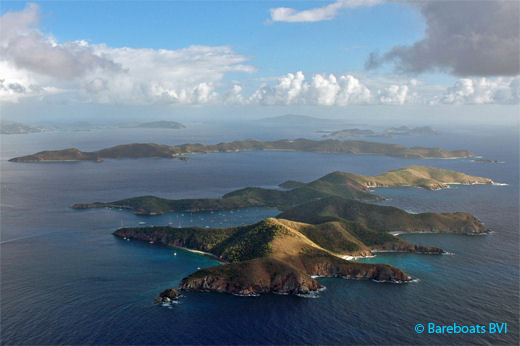 Norman Island in the British Virgin Islands
The history of this sprawling 610 acre island, is steeped in fantastic tales of pirates and buried treasure, as told by Robert Louis Stevenson in his famous children's classic, Treasure Island. According to John Amrhein, author of "Treasure Island, The Untold Story", the premise of Stevenson's fanciful novel was based in fact.

After having read The Untold Story, delving into local history, investigating place names such as; Money Bay, Soldier Bay, Privateer Bay and The Caves, it's difficult to overlook the rather glaring similarities between Stevenson's novel and actual events that took place here.

Many places on Norman Island are historically significant to actual events that unfolded in the British Virgin Islands in 1750 and the names of some of the bays tell part of a larger story concerning those events. Stevenson dated his treasure map in the novel 1750 as well. Coincidental? I don't think so. You'll have to read the two books referenced above to find out why. 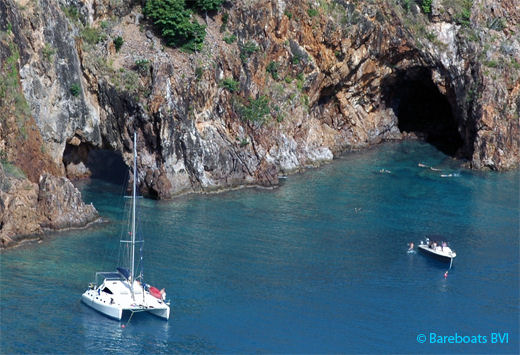 The Caves at Norman Island 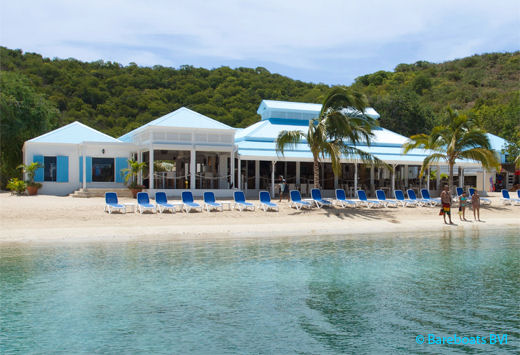 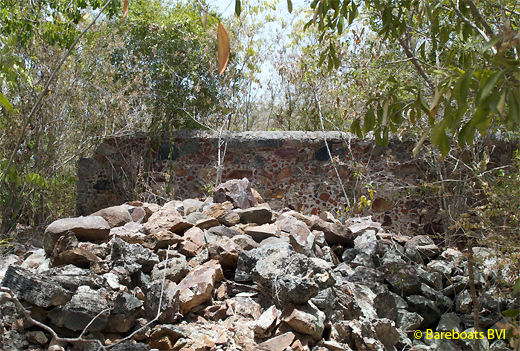 Pirates Bight Restaurant and The Club Restaurant are both located on a white sand beach on the southeast end of The Bight, whilst the infamous Willy T floating bar and restaurant is found on the southwest side.

When exploring Norman Island you'll be rewarded with breathtaking views of the Sir Francis Drake Channel, gorgeous bays and the surrounding islands. You may even stumble upon some ruins left behind from the plantation era.

If The Bight is a little too busy for your liking, you can escape to the peacefulness of a number of other lovely anchorages (see below) ... provided nobody else has beaten you to it. Refer to our map of Norman Island for the various locations. 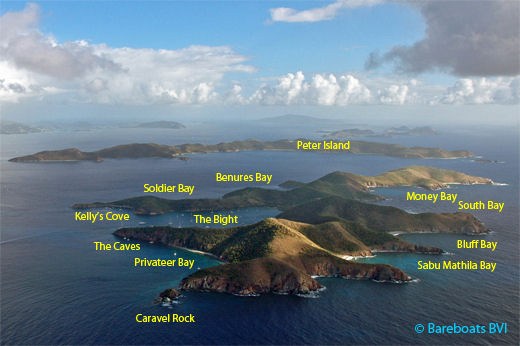 Norman Island Anchorages
One of the many wonderful things about Norman Island is that it boasts several truly spectacular anchorages. Some are perfect overnight spots, given the right sea and wind conditions, whilst others are for daytime use only. It's noteworthy that one small island could be blessed with so many fantastic places for sailors to enjoy.