Norman Island Ruins in the BVI 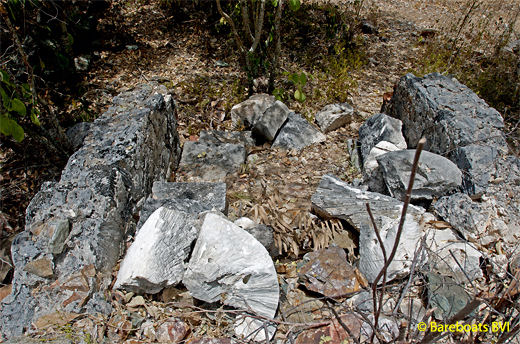 Norman Island Ruins in the BVI
The only other time I ever went hiking on Norman Island was about 20 years ago. I came specifically to see the ruins. At that time the stairs to the great house were almost perfectly in tact ... and so was I.

Getting here was really no problem, though it took us quite a while to find the ruins because we only had general directions. We stumbled around in the wooded area for quite a while. My friend Bill was the adventurous sort and had come prepared with machete in hand. It came in very handy. I do remember getting stuck on some catch and keep which stung a little. Nevertheless, we eventually found it.

I was sad to see that the stairs have been so badly damaged. I don't know how recent this damage is, but I would guess it has happened in a short space of time. I do hope Dr. Jarecki sees fit to have them repaired and asks that people not climb them until they have been restored. After all, they were here for more than 150 years and very likely closer to 200 years. It would be wonderful if they could be saved before they are completely destroyed.
I'd be happy to assist some able bodied persons in such a project. I know a little bit about building dry rock walls. But I'd need transportation up and down. There is no way I am climbing that hill again! 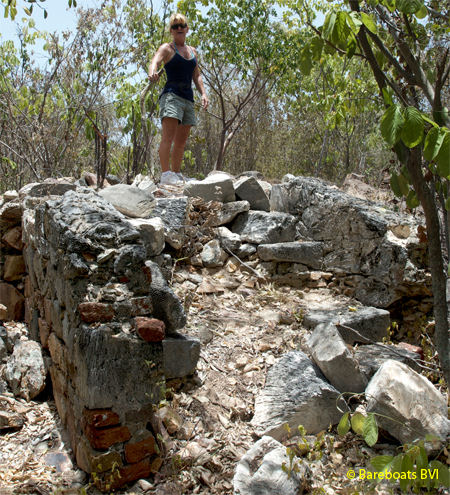 Norman Island Ruins Stairs
What fascinated me about this building is that much of the rock walls aren't actually rock at all. Some of it is rock, some is brick and a surprising amount of dead coral was used in this particular building.

I can't help but wonder why on earth anyone would haul coral (or brick for that matter) all the way up to this location? There are plenty of good building stones in the area. Was it aesthetics? I would love to know the answer.

Maybe it was easier hauling large chunks of dead coral up the hills than it was to move large rocks from nearby locations. Dead coral is pretty light in comparison to rock.

The ravages of time and mother nature have taken their toll, and what I'm sure was once an impressive great house, is now just an old stone wall in varying stages of decay.

It is testament to the skill of the stonemasons that one portion of a wall, which appears to be some kind of fortification or perhaps an animal pen, remains in tact ... complete with most of the cemented wall cap.

I am sure that at one time, this building had a fabulous view of the Sir Francis Drake Channel and Tortola. Peter Island, Soldier Bay and Benures Bay are just a stone's throw away. But again, the underbrush has done it's thing and obscured any view whatsoever. 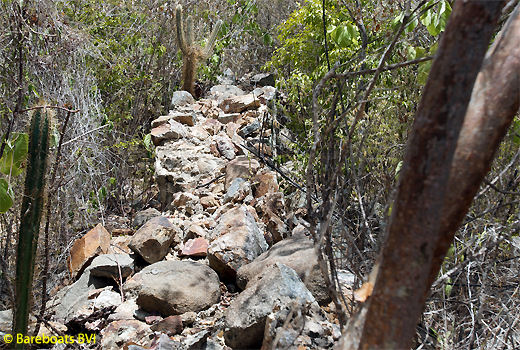 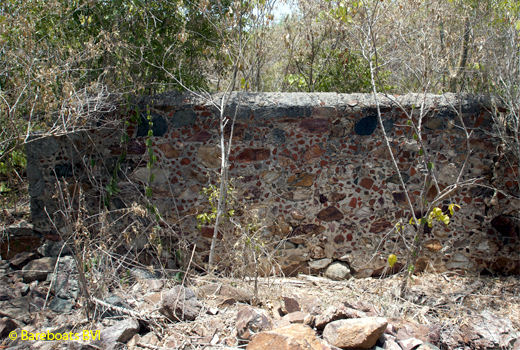