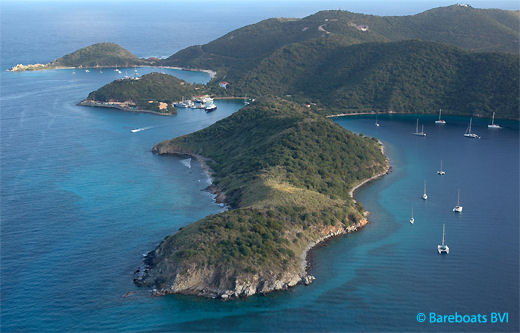 Peter Island, Aerial Photo
The British Virgin Islands abound with many wonderful anchorages and beaches for sailors to enjoy and Peter Island boasts some of the best of both! Below is a photo which shows part of Great Harbour in the right foreground, Sprat Bay in the center and Deadman's Bay in the background.

The swimming area at Deadman's Bay is for resort guests only and is clearly demarcated. Charter yachts and visiting sailors may anchor at the south east end of the beach at Little Deadman's Bay. Though some anchor here overnight, I don't recommend it as the winds can change rapidly and the accompanying swells have been known to cause more than a few anxious nights for sailors.

Great Harbour is lovely but is not one of the better anchorages in the British Virgin Islands. There are very few ideal spots to anchor but if you persevere, its possible to find good holding. I like it well enough but prefer Little Harbour - see below.
Having said that, the snorkeling here is really very good, particularly over in Buttonwood Bay near the dock on the west shore. I've seen whales in the BVI eight times since 1993 and on two separate occasions, a mother Humpback and calf wandered in to take a have a look around Great Harbour. Very exciting! 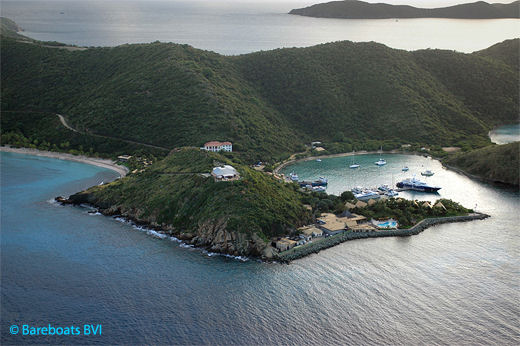 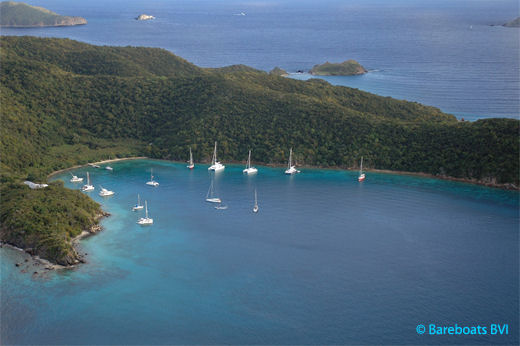 
In Sprat Bay, you'll have access to some of the Peter Island Resort facilities which include a lovely restaurant, a handful of mooring balls, docking, ice, water, fuel and a full service dive shop operated by the venerated Randy Kiel, who is somewhat of a legend in his own time.

I particularly like Little Harbour as an overnight anchorage. Even in peak season, when the BVI is buzzing with bareboat charters, there are usually less than a dozen yachts here and quite often, there are fewer than three or four. However, the secret is out and there are days when the place is packed!

On the back side of the Island (south shore), you'll also find that Key Bay and White Bay provide excellent anchorages given the right sea and wind conditions. Be sure to check marine forecasts before planning to stay on the south side. 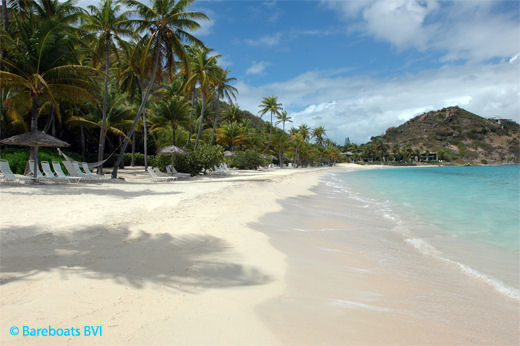 
There's really nothing quite like lounging in one of the many hammocks in the shade of a palm tree while looking out over one of the BVI's most amazing beaches. This incredible beach can help make all your cares melt away!