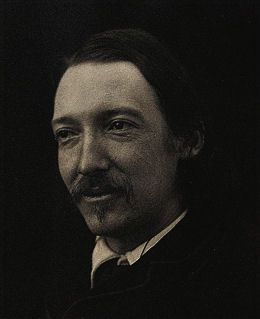 The galleon left Havana, Cuba on August 18, 1750 and was en route to Spain with a very valuable cargo including pieces of eight, expensive dyes and other precious items. In today's market, her cargo would likely be valued in the neighbourhood of 25 to 30 million dollars.

While at sea, the Guadalupe encountered foul weather (presumably a hurricane) which drove her north and well off course. Rather battered and worse for wear, the ship was forced to put in to Ocracoke Inlet, North Carolina, in early September.

Recognizing that the Nuestra Senora de Guadalupe was not fit to sail, her captain, Juan Manuel Bonilla, hired two American sloops; the Seaflower from Boston and the Mary out of New Jersey.

The cargo was split between the two ships for transport to Norfolk, Virginia, where it would once again be transferred to another galleon, for onward shipment to Spain.

Enter two merchant seamen, Owen Lloyd and his one legged brother, John. The two had been hired on as crew aboard the sloops that would carry the treasure to Virginia. The brothers devised a daring plan to steal the treasure, but their plan required that the owner and captain of the Seaflower, Zebulon Wade, go along with their plot. He did, albeit not happily. Owen Lloyd would captain the Seaflower and his brother John would be master aboard the Mary.

On October 20, they absconded with the treasure, right under the noses of the Spanish guards. John, aboard the Mary, was caught after having grounded shortly after leaving Ocracoke. He somehow managed to escape custody, whilst Owen sailed on. On November 13, 1750, one of the largest treasures ever plundered was ultimately buried right here in the British Virgin Islands, on none other than Norman Island.

If you want to know more, there's a wonderful book, Treasure Island, The Untold Story, masterfully written by John Amrhein Jr.. The book recounts the true tale upon which Stevenson based his novel. The untold story is just as fascinating as Stevenson's tale.

When planning your bareboat charter, be sure to bring a copy of Treasure Island AND a copy of Mr. Amrhein's book, to read while sailing around the BVI. You won't be disappointed by either one!