The Bight, Norman Island in the BVI 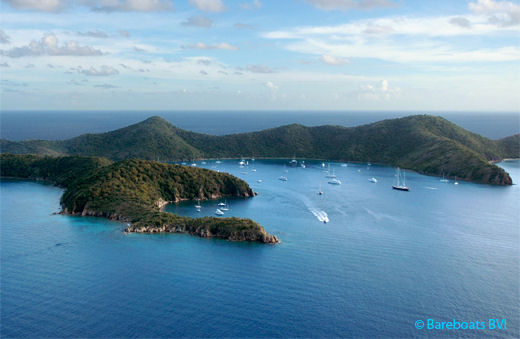 The Bight, Norman Island in the BVI
This is one of the most popular anchorages in the British Virgin Islands. Once known as Man Of War Bay, it's easy to imagine the rivalry between Spain, France, The Netherlands, Portugal and Britain in the race to grab as much Caribbean real estate as possible. All of them at one time or another, dropped anchor right here in The Bight between the early 1500's and well into the mid to late 1600's as they traversed the islands.

This very sheltered bay, is located on the north shore of the Island. It provides a conveniently located and idyllic setting for your first or last night in the BVI. Staff from Pirate's Bight will be around to collect mooring fees at the various anchorages.

If this is the first stop on your BVI sailing itinerary, this would be an opportune time to acquaint yourself with standard mooring ball etiquette throughout the islands.

Oddly enough, not that much has changed on Norman Island since the days of the early explorers. I don't know when or why the name was changed from Man Of War Bay to the Bight, but it's something I will investigate further, when I get the time. 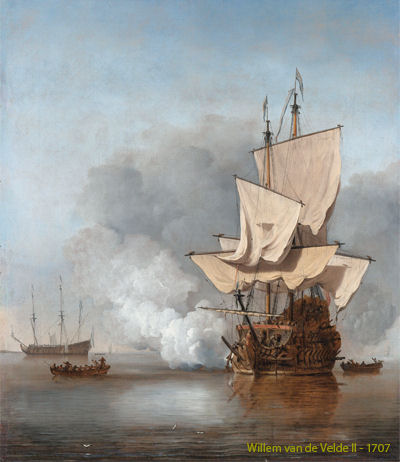 Man-of-War Ship
The name likely refers to the large man-of-war ships as seen in Willem van de Velde II's painting depicted above. "Man of War" was a term coined by the British to identify any well armed warship built between the 16th to early 19th century that had at least 3 masts, 3 or 4 sails, anywhere up to 124 cannons and measured upwards of 200' in length.

Such ships were all over the Caribbean during that time. In fact, in 2013, a rather large cannon was found buried on the beach when the crew were digging the foundation for the new restaurant. Nobody knows the cannon's origin, but it's possible it was off a Man of War, though some believe it was a land based cannon.

There are (approximately) 74 to 76 mooring balls available in The Bight itself, with (approximately) 17 more located at other anchorages nearby. Shallow draft vessels can also anchor close in to shore in several places, using bow and stern anchors.

The William Thornton floating bar and restaurant is anchored in the southwest corner of the Bight. Affectionately known as the "Willy T", the restaurant is usually surrounded by dinghies from yachts anchored in The Bight and small power boats visiting from the nearby U.S. Virgin Islands. Good music, good food, good drinks and a good time is pretty much guaranteed! This is a place best considered adult entertainment.

Sail Caribbean Divers has a little shop here which is currently located beside Pirate's Bight Restaurant but is about to be made more permanent.
You may arrange dives or SCUBA lessons, buy snorkel gear and scuba related equipment, water toys, sun glasses, fish identification charts, and other assorted items jus beside the restaurant. The lessons start right on the beach in front of the Restaurant. 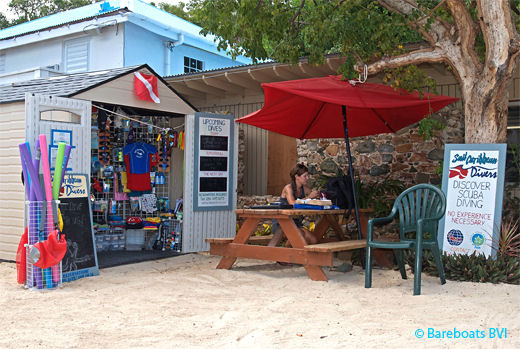 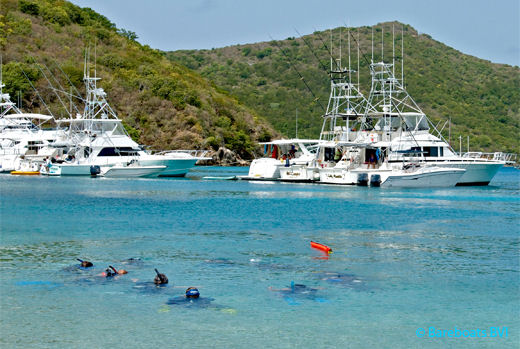 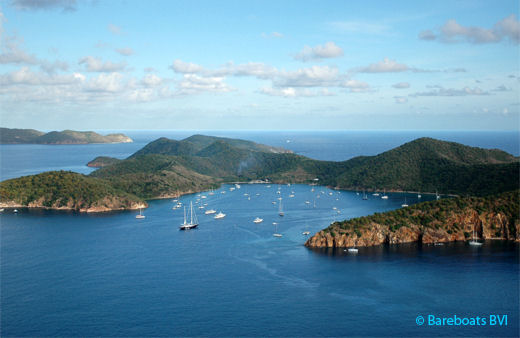 Aerial View of The Bight 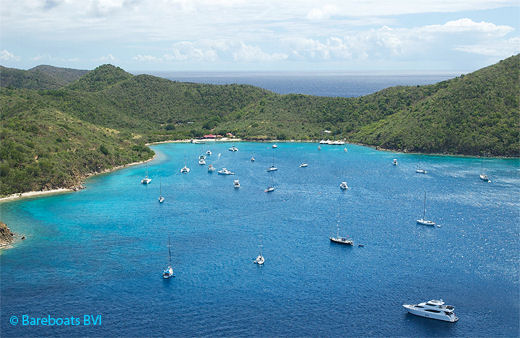 Looking into The Bight