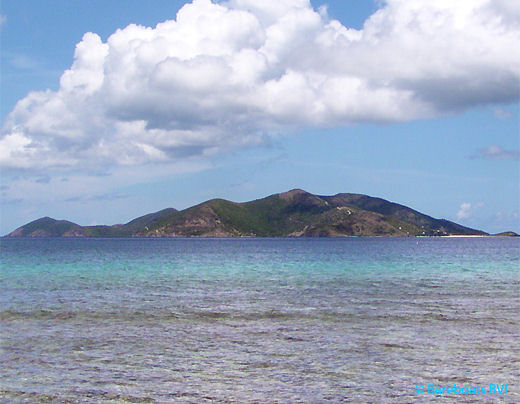 Jost Van Dyke in the British Virgin Islands
Located approximately 5 miles west of Tortola, it is believed that the island was named for the Dutch privateer, Joost Van Dyk. He was one of Europe's earliest known settlers in the British Virgin Islands. I have read several accounts of Van Dyk's activities, but have never come away with a clear understanding of his role in history.

One thing of which I am "almost" certain, is that Van Dyk was involved in the establishment of, trading posts, storage buildings and forts built on both Tortola and Virgin Gorda, and likely other islands throughout the British Virgin Islands. From what I gather, he was a shrewd character who likely considered himself more of a businessman than a pirate or privateer.

This volcanic island with its high hills and winding roads inspires visions of the ideal, Caribbean dream vacation. The island also happens to be on my top 10 list of favourite places in the world.

With a population of less than 300 souls, I really enjoy the laid back atmosphere, friendly people and unspoiled, natural environment.

Jost Van Dyke Map
White Bay: The swaying palm trees, spectacular views and gorgeous beach remain pretty much as they were back in the day. The difference today is that nobody has cannons pointed at passing ships and it's almost always quite lively, particularly in high season.

You'll find a wide selection of beach bars and restaurants here ... nothing fancy, just low key, barefoot type beach bars. When planning your sailing itinerary, this is one place that should be on your "must see" list.

Great Harbour: Not very long ago, this little village was the only place that was inhabited to any extent. There were a few loners located in White Bay, Little Harbour and East End, but the majority of the population has always lived in or near Great Harbour.

Life has not always been easy for residents of Jost Van Dyke. The island only got electricity as recently as 1992 and the first real road wasn't completed until March, 1996 connecting Great Harbour and White Bay. Then finally, in 2003, the desalinization plant was installed in Little Harbour, bringing residents an almost unlimited supply of fresh water ... when the plant is working.

When I first came here, there were no roads per se, everyone ran generators, used kerosene lamps and the only fresh water available was whatever rain water folks were able to collect in their cisterns. During periods of drought, water had to be shipped in by boat from Tortola.

The highest point is Majohnny Hill which stands 1,054' above sea level provides the backdrop for Great Harbour, where you'll find the famous Foxy's Bar & Restaurant, Rudy's Mariner Inn (with a wonderful new grocery store), the ferry dock, police station and Customs & Immigration. Nowadays, there are several other bars and restaurants, a small bakery and even a scuba shop. 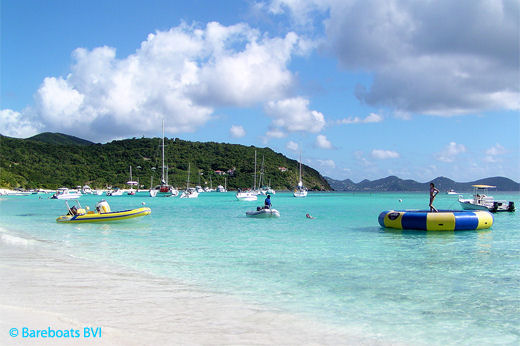 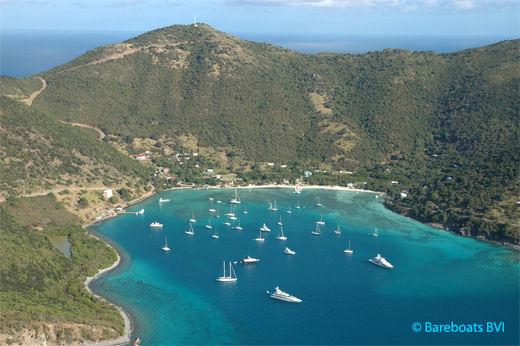 
Little Harbour: This quiet anchorage with less than a handful of businesses, is very quiet, peaceful and has a great hiking trail. All three restaurants located in Garner Bay specialize in delicious lobster dinners. Of course they each have several other offerings ... but if looking for lobster while visiting Jost Van Dyke, this is the place to be! The anchorage is a nice change of pace from either Great Harbour or White Bay. 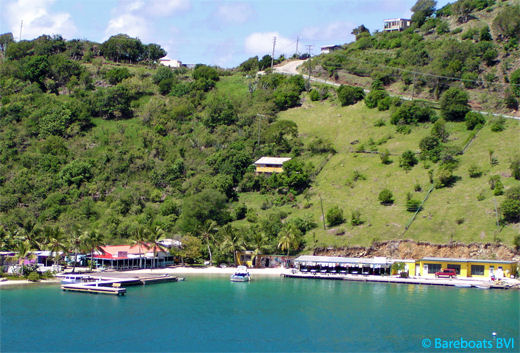 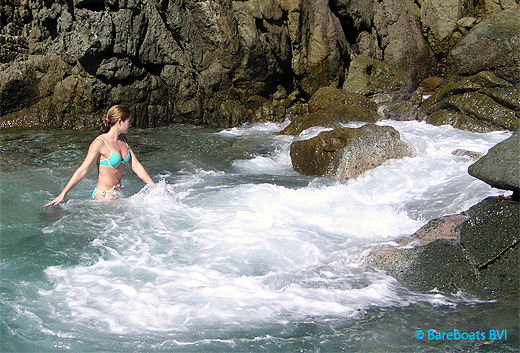 
In East End, the area surrounding Diamond Cay is a relatively new area of development with a small marina in the making, Foxy's Taboo Restaurant, the bubbly pool and across the harbour on Little Jost Van Dyke, you'll find the B-Line Beach Bar. I have no doubt that this area will some day be developed, so enjoy it while you can.

If you'd like to see the island by land, go on an ATV tour with Frank at the Sea & Land Adventure Sports, in White Bay or you may want to rent a car. If you're not up to the challenge of driving, call taxi man Greg Callwood (photo below) at (284) 495-9401 ... he'll get you where you need to go. 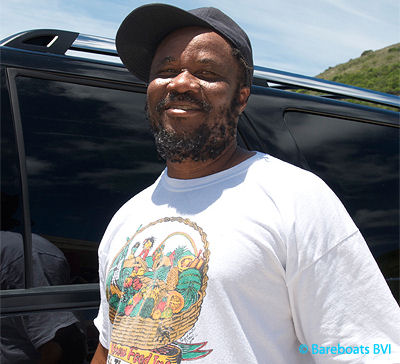 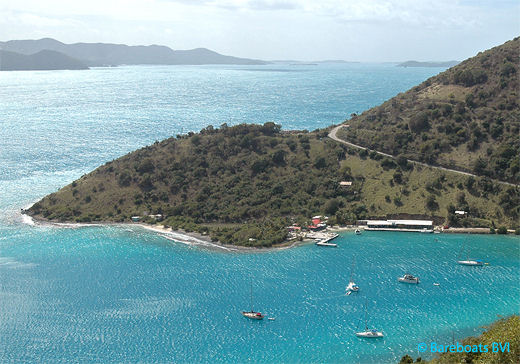 
I can also recommend both car rental agencies. I usually use Abe's, just because he and his wife Eunicy are such sweet people and are kind enough to let me leave the car at the ferry dock when I'm ready to go home. Both offer good service, reliable vehicles and are deserving of your business. There are only a few roads on the island, but you certainly won't be bored as you tour the rugged terrain.

Jost Van Dyke is one of those rare gems that has only been discovered in recent years. When I first moved to the BVI, the discovery phase was only just beginning. I am still finding new things here!