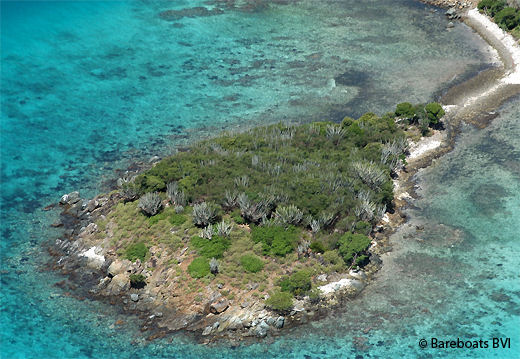 Over the past several years, the entire area of East End, Jost Van Dyke (surrounding Foxy's) has erroneously been referred to as "Diamond Cay" on various websites.

There are currently 10 mooring balls available in the Long Bay anchorage. Mooring fees are collected by a local fellow who will come to your boat.

There's a small, man made jetty at East End Harbour that is just wide enough for one vehicle. Both the jetty and Harbour can be seen in the photos below.
Further south, just north of Sandy Ground Estate, the body of water is called Baker's Bay.

Diamond Cay is attached to the main island by a narrow coral shoal which is usually above water. However, investigating the cay is not encouraged as nesting pelicans have been known to abandon their nests (and their young) if a threat is perceived. They will eventually come back, but too late for any eggs that may be in their nests or any young hatchlings they may have been caring for. 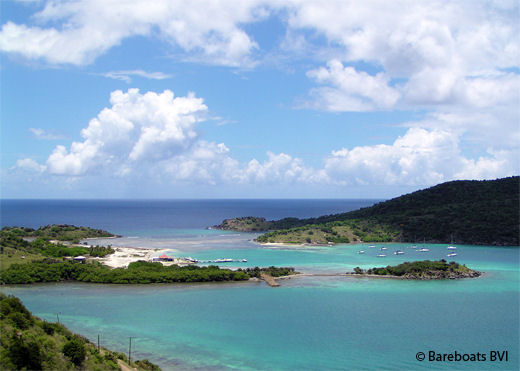 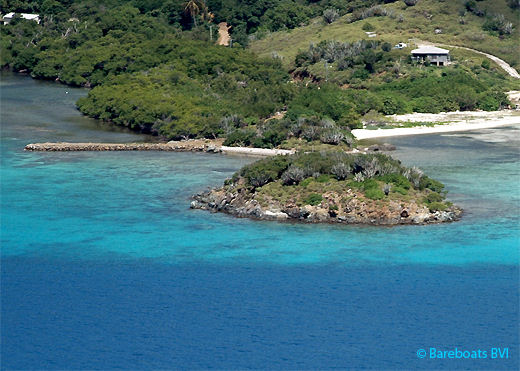 
The cay is a bird sanctuary and home to a few species of nesting sea birds, but mainly pelicans. It was designated as a National Park in 1991. 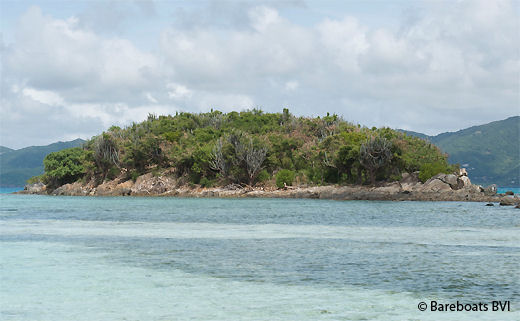 View of Diamond Cay from the Water


If approaching the cay by dinghy, kayak, swimming, wading or walking, please keep noise to a minimum and voices low, so the birds won't be scared off. Please note that it is very shallow all the way around Diamond Cay. You will have to row your dinghy and there is only so far you can go before the hull will hit bottom or be damaged by underwater rocks.