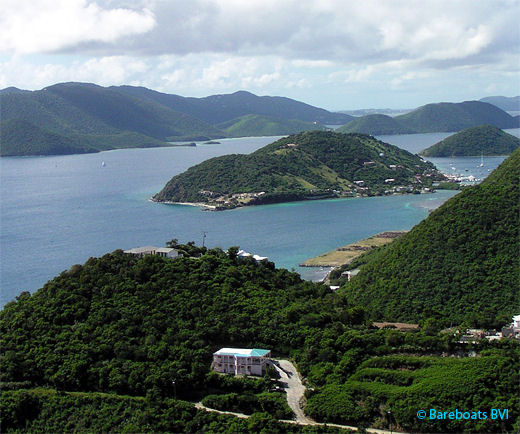 Frenchman's Cay in the BVI
The west end of Tortola and Frenchman's Cay are joined together by what is referred to as the sand spit and a small bridge. Together, these land masses form Soper's Hole, one of the busiest and more popular harbours in the British Virgin Islands.

Many of our bareboat charter guests opt to fly into St. Thomas in the USVI, and then take the ferry to Tortola rather than fly into the airport on Beef Island. Once in West End, if you need a taxi, give Dave or Paul a call. They are based on Frenchman's Cay (behind D' Best Cup, under the big Tamarind tree) and will happily give you a lift to anywhere you need to go (click here for more information on taxis).

There are a number of mooring balls available here, but there are several private moorings as well. Be sure not to pick up a private mooring or you may find yourselves unceremoniously booted off the mooring, with nowhere to go once all the others are taken.

Frenchman's Cay lies on the south side of of the harbour, where you'll find Soper's Hole Wharf & Marina. The marina facilities provide a well stocked grocery store, a collection of small boutiques, offering all sorts of clothing and gift items, two restaurants, a SCUBA shop and the ever popular Island Surf & Sail water sports center.
On the far east end of the cay, hides the very lovely, Frenchman's Cay Resort and Safran Restaurant, operated by Chef Chef Roberto Martin and on the Tortola side of the harbour, you'll find the Fish n' Lime Restaurant, formerly known as the Jolly Roger. 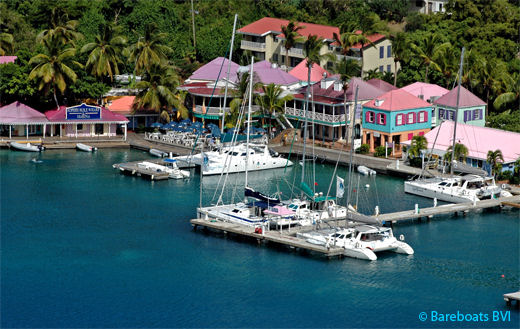 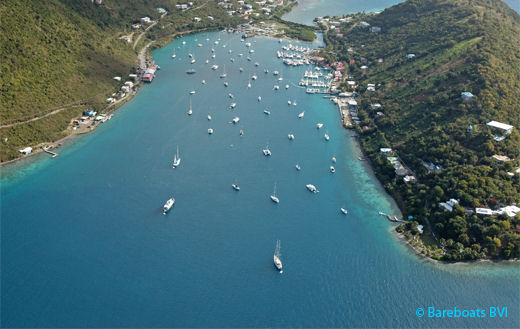 
The infamous pirate, Blackbeard is said to have taken up residence in Soper's Hole for a couple of years in the late 1700's. The area provides several excellent lookout points at which his men could spot ships laden with treasure, bound for far away lands.

One of the best vantage points would have been what is now a gorgeous villa known as Frenchman's Lookout. From the villa grounds you can clearly see the Thatch Island Cut to the northeast (seen in the photo below) and the Sir Francis Drake Channel to the southwest and southeast.

Like shooting fish in a barrel, Blackbeard would raise the Jolly Roger, set sail and swoop down, upon the unsuspecting ships. Once the ships were captured, he'd steal their cargo, and provided he liked the ship, he'd add it to his fleet. 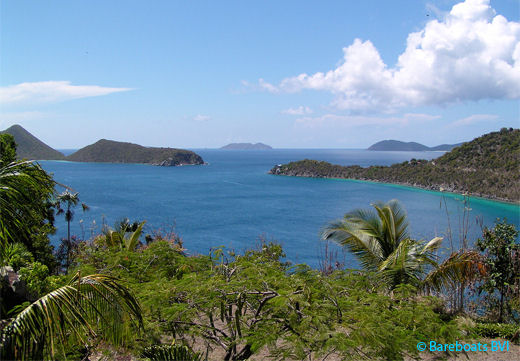 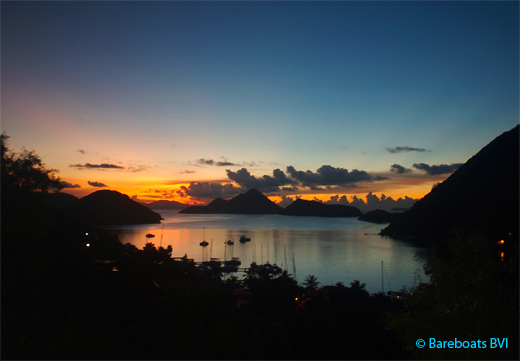 
I love Soper's Hole. It's a beautiful spot and I can't tell you how many sunset photos I have taken here over the years. So far, this photo is tied with three or four others as my favourites. There are so many breathtaking sunsets in the harbour that it's really hard to choose. Shrinking it down to this size just doesn't do it justice. I'm not very good at photo editing and sadly, it loses a lot in translation.