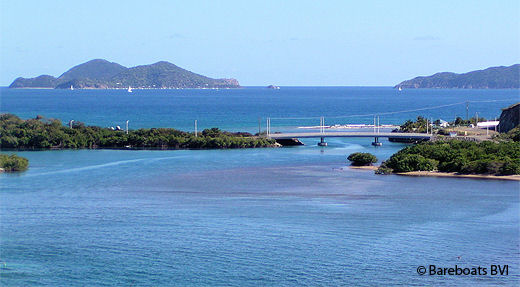 Beef Island Bridge
On your way to or from Tortola and the Terrance B. Lettsome International Airport on Beef Island, you will have to cross the Queen Elizabeth II bridge.

The bridge (which was completed in 2003), replaced one opened by Her Majesty, Queen Elizabeth II, during her visit to Tortola in 1967. Prior to that, a small wooden raft (which was just large enough for one vehicle) was manually pulled back and forth across the water between the two islands.

Before the new airport was officially opened in 2004, and in order to gain passage to Beef Island, one had to pay a toll of 50c to $2.00, depending upon the number of persons in your vehicle.

Beef Island Map
An older gentleman tended the toll booth, who diligently extended a stick with a painted coconut shell on one end, to vehicles crossing the bridge. One would deposit the toll in the coconut shell and proceed along your way. Sadly, in the interest of fiscal responsibility, the toll booth has been retired and is falling into disrepair.

Aside from being home to the airport, Beef Island can also boast three beaches of note and one (Long Bay Beach - below) that is not only massive, but truly magnificent!

There's a splendid shop in Trellis Bay, brimming with local and Caribbean, hand crafted wooden and metal sculptures, pottery, jewellery and much, much more. In my opinion, Aragorn's Studio is a "must see" for anyone visiting the British Virgin Islands.

In addition, you'll discover a handful of nice restaurants, a small residential community, one small but lovely resort, a few villas and guest houses, a diverse topography, several salt ponds, some interesting ruins of a plantation from a bygone era (photo below) and an even more compelling history filled with pirate tales.

If anchored at Monkey Point on Guana Island, take your dinghy around the corner to explore the small channel between Tortola and Beef Island. Provided you are lucky, you will find all sorts of neat things in the shallows, including starfish. I love exploring this area. Mind the lower unit on your dinghy engine. 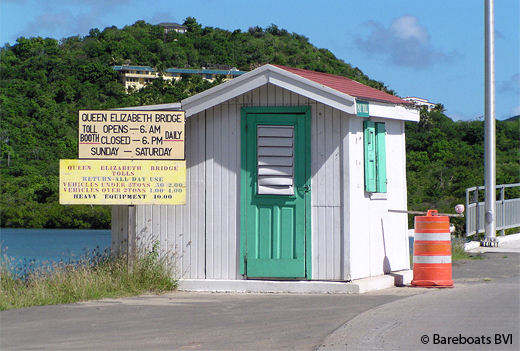 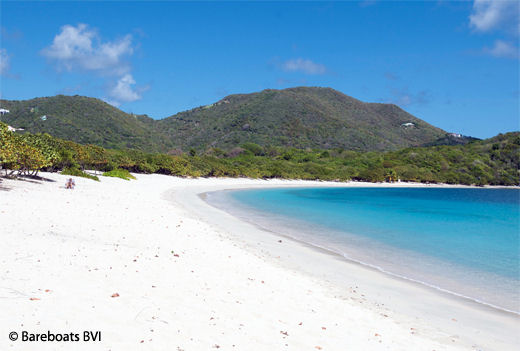 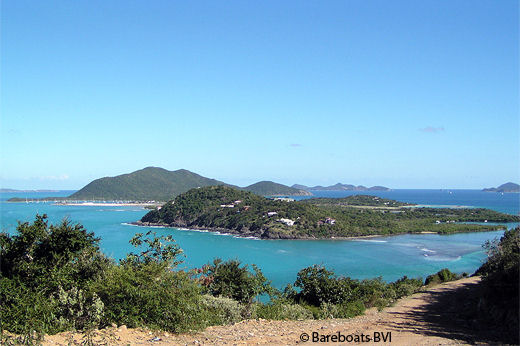 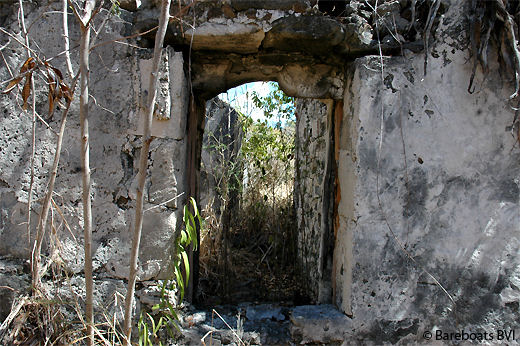 Plantation Ruins on Beef Island
This is the smallest of the main inhabited islands in the BVI. It plays a crucial role in tourism, serves as a hub for ferries going to and from Virgin Gorda, Scrub Island and Marina Cay and it is home to a charming little community of shops and restaurants at Trellis Bay, each greatly enjoyed by the bareboat charter crowd.

It appears the government is determined to have a large resort development here at some point in the not too distant future, so enjoy the island while you can.

One such major resort development was reportedly planning to build a resort with more than 600 rooms plus a full, 18 hole golf course. That development was successfully quashed by the British Virgin Islands Heritage Conservation Group. However, a higher court overturned that decision and although those investors were lost, the government is actively seeking others.

What is to come next, is anyone's guess as the government is actively seeking investors to develop Beef Island. 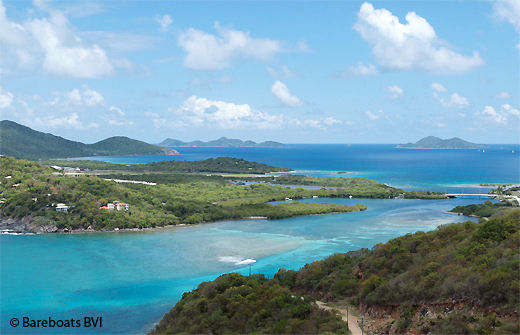 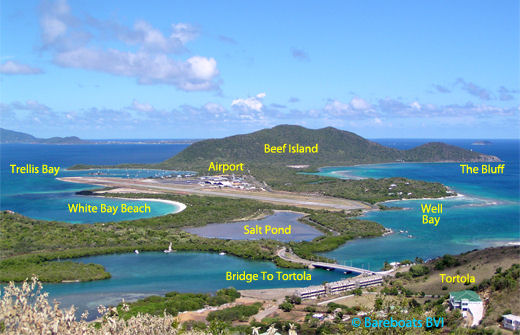