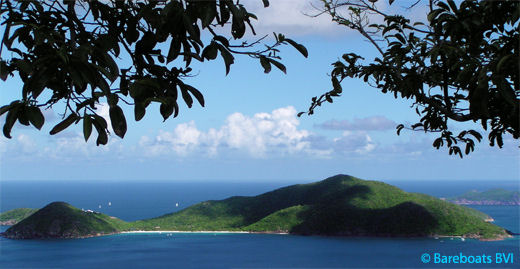 View of Guana Island from Tortola
This private, 850 acre resort is owned by Dr. Henry Jarecki and his wife Gloria. The Jarecki's purchased the island in 1974. They also own Norman Island and Pirate's Bight Restaurant. One of Dr. Jarecki's fervent passions is wildlife conservation.

The Jarecki's have managed to keep the island in pristine condition and have brought back much of the flora and fauna that once existed here. Guana Island has long been of interest to zoologists, botanists, biologists and marine biologists.

Sadly, unrestrained hunting throughout the British Virgin Islands and the wider Caribbean during the last century decimated the populations of several species, including the Caribbean Monk Seal, which is now extinct. Other species particular to this region range from being threatened to severely endangered.
The Jarecki's and several others have spear headed several conservation projects throughout the BVI in an effort to bring back as many threatened and endangered species as possible. The roseate flamingo is one such critter that has been brought back and the Anegada Rock Iguana is another that is being given a leg up.

Guana Island is a wildlife sanctuary with it's own little eco system, complete with a natural salt pond. Many yacht charter guests are astounded by the number of different birds and seabirds that can be spotted here.

You will note the colour variations of the vegetation in these photos. Two were taken shortly after huge rain storms while the other was taken after about 6 weeks of no rain at all. Rain makes a huge difference to these islands but the remarkable thing is how quickly the vegetation regenerates.

Snorkeling at Monkey Point is a real delight with waves of small fish and large tarpon making a meal of them. Depth is about 30' and you will also find two small caves here.

Experienced divers may want to head over to Muskmelon Bay (north west of White Bay in the photo below) where you will find unbelievable reefs at depths of about 60 to 85 feet. 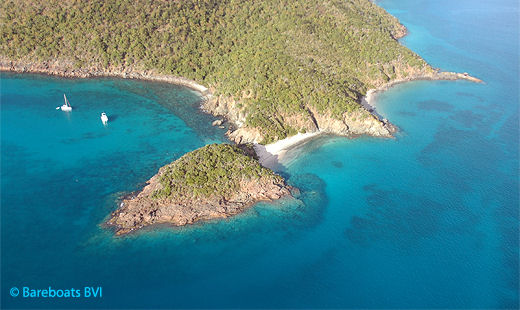 Monkey Point - A haven for snorkeling and diving 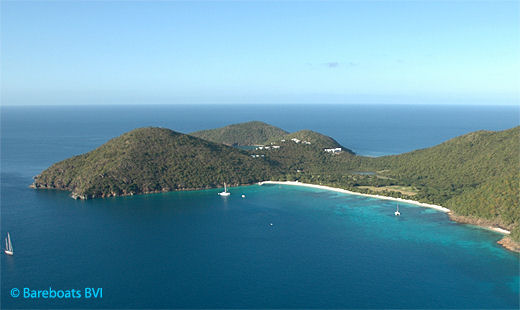 
White Bay is simply amazing! This is probably the whitest beach in all of the British Virgin Islands. This is a marvelous anchorage with about a dozen mooring balls. The sand is lovely and soft ... but please keep in mind that this is a private island. Venturing past the high water mark is a no-no.

On the north shore of the island is yet another beach at North Bay and a fabulous advanced dive site. Keep your fingers crossed for good sea and weather conditions if you want to dive here.

You'll find a massive underwater cavern that has two entrances. One is pretty close to the surface and the other is between 55 or 65 feet. I can't remember exactly. It's been a number of years since I was there last. Inside, if you're lucky, you may spot a turtle or two and lots of fish.

Being an avid gardener and a wildlife enthusiast, I would love the opportunity to explore the island and take photos of some of the amazing plants, trees and critters here. Alas, I can't afford the price they fetch for a room at this rather exclusive resort, so I guess it will remain on my bucket list for a while. 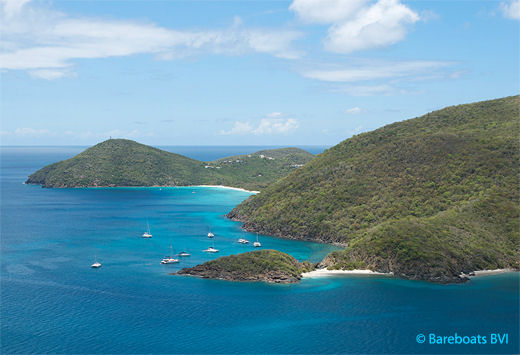 South Side of Guana Island


Suffice to say that I have great admiration for everything the Jarecki's have managed to accomplish here. I must also say that I love their tag line on their website, "Imagine the Caribbean before it went public" ... now that would be something to behold!