Mosquito Rock and Colquhoun Reef in the BVI

Mosquito Rock is really just a bunch of rocks piled one atop another, the tallest of which is about 24'. It is one of the first and most prominent indicators that, lurking in the waters to the east, lies an infamous reef. 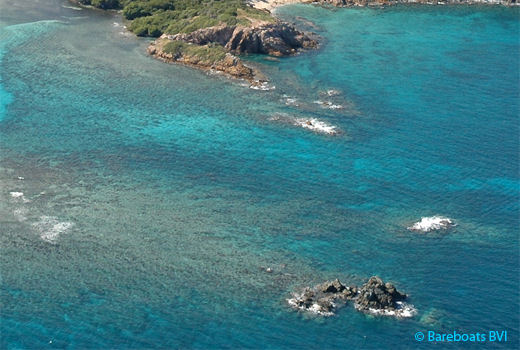 Mosquito Rock in the BVI 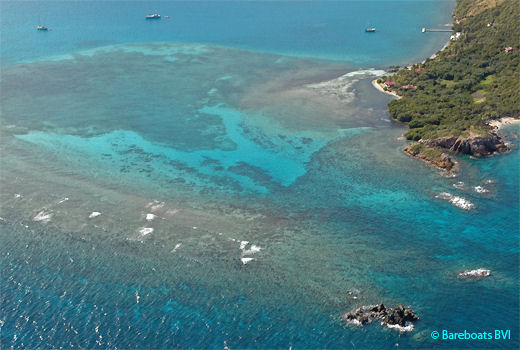 
This reef has been responsible for many groundings and wrecks over the years and is much larger than most sailors think.

It is often said, a picture is worth a thousand words. I think these aerial photos speak volumes as they really give the best perspective on just how formidable the reef is.

When approaching the North Sound, give Moskito Rock wide berth and consult your charts to locate the cut between Colquhoun Reef and Cactus Reef, which lies just off Cactus Point on Prickly Pear Island. 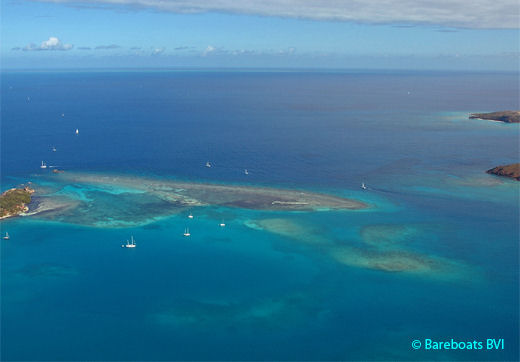 Facing north with Cactus Reef on the Right 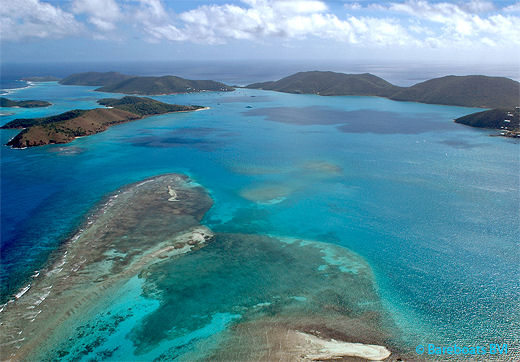