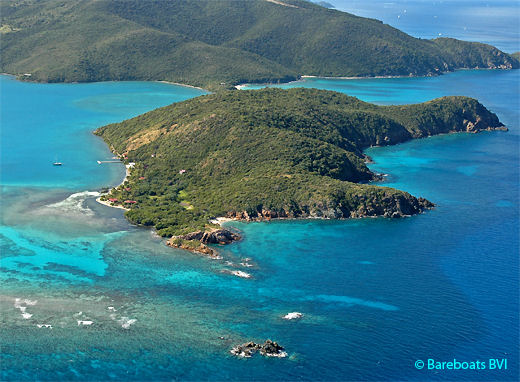 Moskito Island in the BVI
It is impossible to speak about Moskito Island or the old Drake's Anchorage Resort, without paying homage to Bert Kilbride, owner of Dive BVI. Bert and (then wife) Menine bought the island in 1964 and together they established the resort that opened in June, 1966.

Bert was what most would describe as a BVI legend who spent the better part of 50 years searching for underwater treasure. He described himself as the "Last Pirate of the Caribbean". The resort was built overlooking South Bay, tucked up behind Colquhoun Reef. It quickly became a favourite hangout for scuba divers as well as a popular stop for the sailing crowd.

The principal photo shows you what the island looked like back in the day. You can see the original buildings that comprised the resort dotted along the north west side of the island. I will get new aerial photos soon. MUCH has changed in recent years.

My guess is that Bert, who spent years trying to find the elusive wreck of the St. Ignacio a.k.a. the "mother load" that went down somewhere off the Anegada Reef ... was hoping to hit pay dirt should a yacht or ship of substance hit the reef off Moskito Island and sink here. At the resort, he would be sitting atop whatever treasures (or salvage rights) there were to be had.
This reef has claimed its share of yachts over the years and demands respect from all approaching the North Sound. 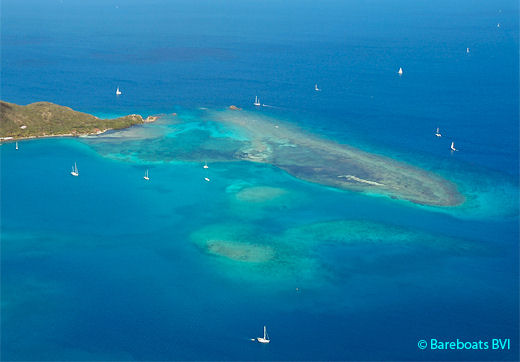 
In an effort to downsize his workload and enlarge his bank account, Bert sold the island to Edward Fredkin and his wife Dorothy in 1970. Bert promptly turned around and bought tiny Saba Rock, which is just a hop, skip and jump away ... and set about turning that island into his own private oasis.

Drake's Anchorage continued to operate until 1997, when it was closed for the first time since Bert opened it. There was a brief reopening from 2000 until 2001, when it was finally and permanently closed.

In 2007, Sir Richard Branson, who also owns nearby Necker Island, bought Mosquito Island from the Fredkin's, reportedly for the tidy some of 20 million dollars. His intent at the time was to build an eco-resort, consisting of 20 solar powered villas and a restaurant.

However, he changed his mind about the resort and decided to turn part of the island into a family compound and sell off the remainder of the land. I believe there were 6 other parcels sold ... but I could be wrong. So look for further land development here in the near future.

There are a couple of notable beaches on Mosquito Island. My favourite is Hay Point Beach. This is a lovely, white sand beach which offers great snorkeling immediately offshore. Honeymoon Beach is another nice little spot but since the Branson's new development overlooks that beach, it's doubtful use of the beach (although quite legal up to the high water mark) would be very welcome. 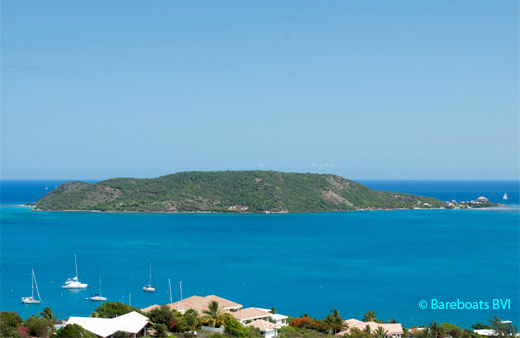 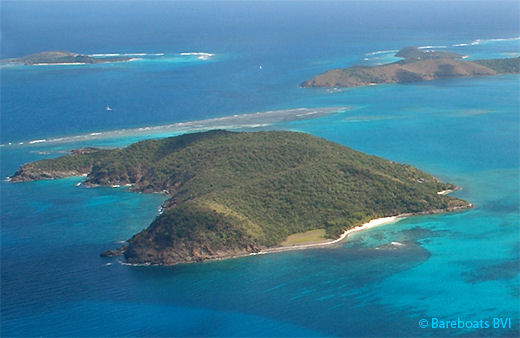 
In the photo above, you can see Mr. Branson's other amazing bit of real estate. The lovely Necker Island is directly behind Moskito Island in the top left hand corner of the photo with Prickly Pear Island to the right and Eustatia Island immediately behind that.

Back in the early 1990's, Bert Kilbride, who owned the island from 1964 to 1970, told me the name was spelled "Moskito", he also showed me an old chart with that spelling. I have since found a chart dated 20th February, 1775 printed by Robert Sayer Map and Printsellers which also notes it as Moskito.

However, Ermin Penn, who is the historian for the Tourist Board (and has a mind like a steel trap) says that according to the BVI government, the correct name is Mosquito Island. I guess it all depends upon which century you prefer! Neither spelling is wrong if you take history into account and quite frankly, I like to stick with historical names. I have no clue when it was changed to Mosquito Island by the government or even if it was ever formally changed. I'll have to look into that!

Richard Branson, calls it Moskito Island, as did Mr. Kilbride. So long as we know there is some confusion on the issue, either name is good enough for me, though I must admit, I prefer the original spelling. Mr. Branson may want to know that Necker Island was spelled "Nicker" on the same chart dated 1775. Being a Brit, he may find that amusing. :)