There are several sugar works on Virgin Gorda, but none quite as well preserved as this one at Nail Bay. Access to this site is directly off the main road that runs along the west coast of the island at Nail Bay Resort & Estates. It takes 17 to 20 minutes to get here if driving from Spanish Town.

I don't know enough about this site to understand what each of the buildings were. However, I am pretty sure that the one with the red brick work and semi circular openings would have been where the coppers (that hold the cane juice) would have been located. 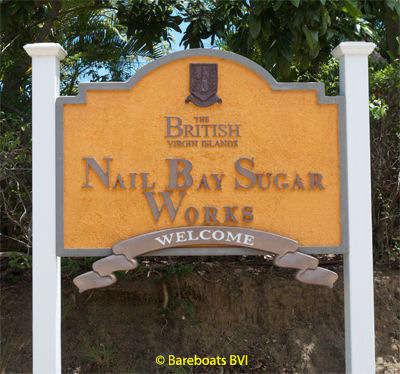 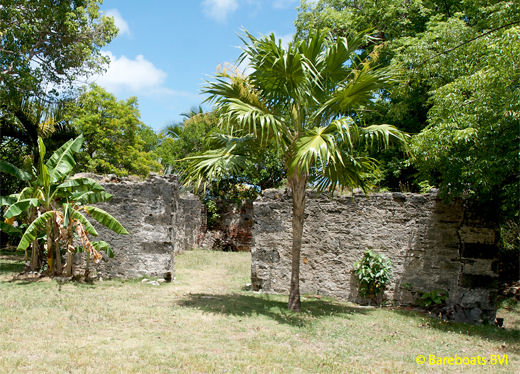 
The boiling house is the largest of the two buildings. What's left of the walls are in surprisingly good shape and the site is relatively well cared for. 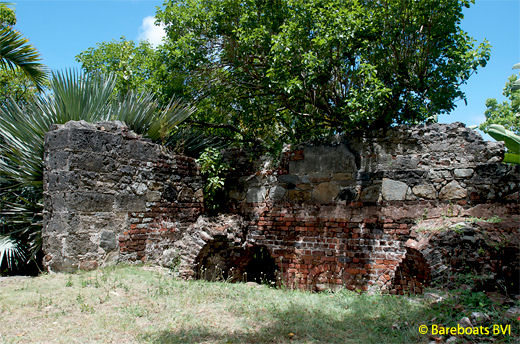 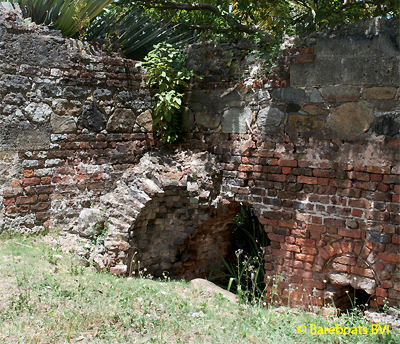 Close-up of the Boiling House


I don't know what this part of the boiling house is called, but from other sugar works I have visited, I imagine it this where the massive copper bowls or "kettles" would have been located. The boileries were where they turned sugarcane juice into raw sugar.

They would boil the juice down using a furnace under each of the copper bowls which were lined up 3 to 5 in a row. The well you can see in the photo above is likely where the furnaces sat with the copper kettles above. The first copper boiler would be the largest and would likely have been located atop the large, semicircular furnace or fire pit seen in the photo.

Workers would boil down the first copper to a proper consistency and then transfer it to the second copper. It went like this down the line until the the fluid became quite thick. 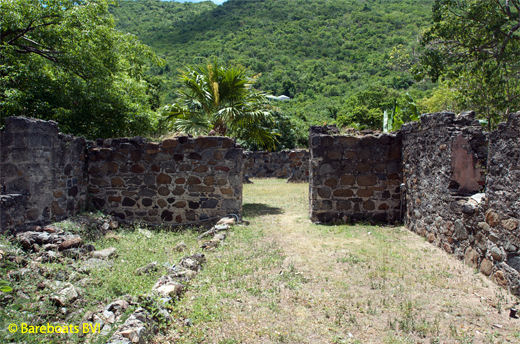 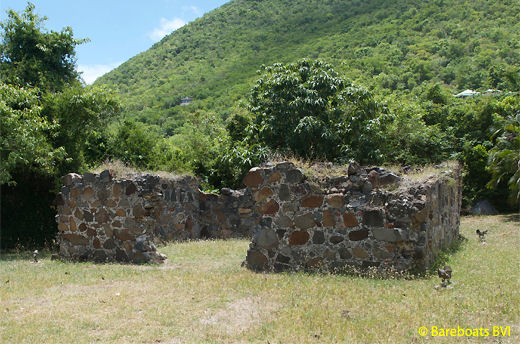 This thick fluid would then be pored out onto drying trays and once the sugar was sufficiently dry, it was then transferred into sugar barrels. The barrels were then transferred to the warehouse and stored on racks. The barrels had holes in the bottom, allowing the molasses to run out into a small trough where it would be collected and fed to the animals used to propel the the mill. Curing or drying the sugar sufficiently could take weeks and in humid weather, sometimes months. 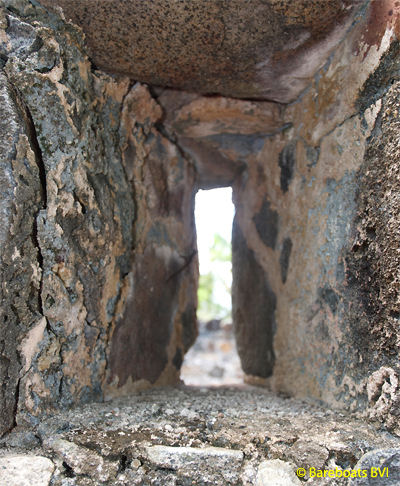 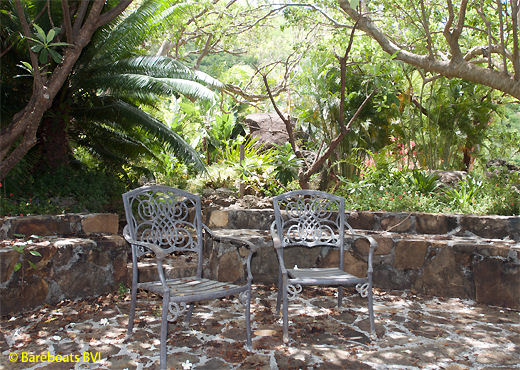 
The warehouse has only a main entrance and these small gun loops which were for ventilation purposes rather than for any military purpose.

Based on what I saw, my guess is that there may be at least one other building (perhaps more) associated with this site located just behind this lovely little spot nestled in amongst the trees and behind the boiling house. However, it appears to be private property, so I didn't venture in there. Seems a shame that historical sites have been sold off to private land holders. The price of progress I suppose.