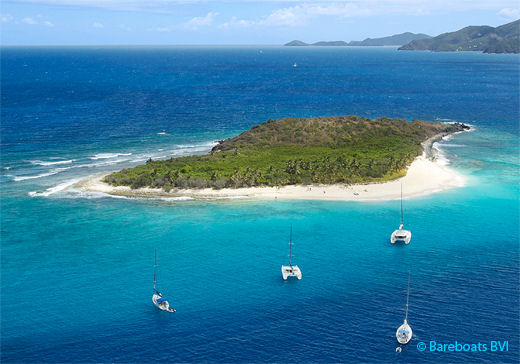 Sandy Cay in the BVI
Located north of Tortola and south of Jost Van Dyke, this is probably the most visited island in the world that has no man made structures. There's good snorkeling here, a fabulous palm lined beach, a nice nature trail and lots of sea birds.

The lovely daytime anchorage can become quite rough when the swells are running. Please use caution if trying to land a dinghy on the beach when the swells are up. Ashore, if you decide to explore the trail, be sure to take your shoes. You'll be rewarded with marvelous views of surrounding islands, once atop the cliffs of the north shore.

Donated in 2008 to the people of the BVI by the estate of philanthropist and conservationist, Laurance S. Rockefeller, Sandy Cay is now a National Park and protected wildlife sanctuary.

In the mid 1700's, the island was owned by the Lettsom family of Little Jost Van Dyke and had been cleared for farming purposes. It is likely that cotton was grown here.
Rockefeller had a deep seated love for this little 14 acre island and he personally spent a great deal of time and effort returning it to it's natural state by painstakingly re-planting indigenous plants to ensure the continued health of the local flora and fauna.

The donation of the island to the people of the British Virgin Islands by the Rockefeller Foundation, was coupled with the understanding of the BVI government that it would immediately be declared a National Park and would remain a protected area in perpetuity. 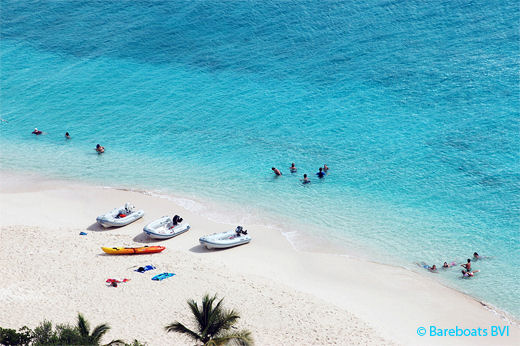 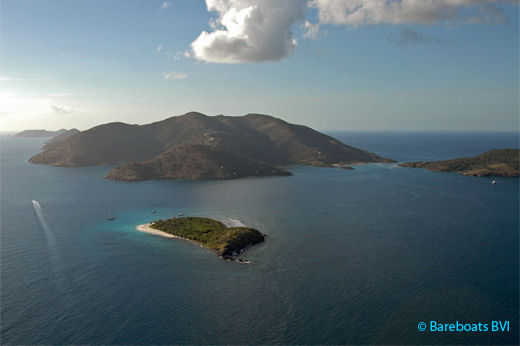 Sunset at Sandy Cay with Jost Van Dyke in the Background


Today, the BVI National Parks Trust in cooperation with the Jost Van Dyke Preservation Society, maintain the trails and do their level best to keep the island garbage free. Sadly and all too frequently, thoughtless visitors deposit their garbage here from time to time, making upkeep that much more difficult. Please take your garbage with you!

From approximately the beginning of March until approximately the end of July, endangered leatherback sea turtles will sometimes nest on Sandy Cay. This does not take place every year, but at least every 2 to 4 years, cyclically. Authorities believe that as little as one in one thousand hatchlings will survive to adulthood. There are a lot of predators that feed on young turtles, including many different birds and fish. Sadly, coastal development and human beings are their most severe threat.

If you are lucky enough to see a leatherback turtle or a turtle's nest, please do not disturb the nests or interfere with the turtles in any way. Sea turtles nest at night, so you are unlikely to see them, but just in case, please put out the "do not disturb" sign and let them do their thing in peace, without flashlights shining on them. These magnificent creatures need all the help they can get if the species is to survive. 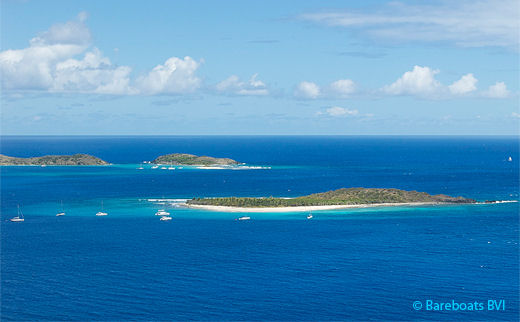 
Interesting Note:
Dr. Edward Towle, founder of the non-profit, Island Resources Foundation was a gentleman of significant importance to preservation and conservation efforts throughout the Caribbean. He worked closely with Mr. Rockefeller and then the Rockefeller Foundation after his death, outlining a long term management plan for Sandy Cay.

On September 12, 2006, Dr. Towle, with his plans nearly completed, passed away at the age of 77. Fittingly, some of his ashes were buried on Sandy Cay, an island he too had come to love.