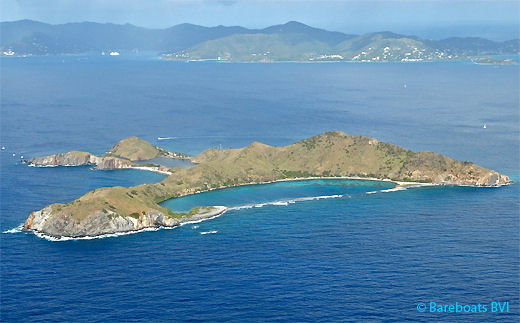 Salt Island in the BVI
This intriguing island is located between Dead Chest and Cooper Island and across the Sir Francis Drake Channel, south of Tortola. It has a rich and varied history with an important cultural link to the past.

There are many salt ponds dotted around the British Virgin Islands, but none as well known as the government owned pond on Salt Island.

Norwell Durant passed away in November, 2004 ... marking the end of an era in the BVI. Norwell was the last remaining (permanent) resident of this tiny island who had continued the family tradition of his father and his father's father. He was a salt collector and at one time, upwards of 200 salt collectors worked here.

Norwell was a gentle man with a friendly twinkle in his eye. He was always the consummate host and salesman who took his job of greeting visitors and showing them his salt collecting process seriously.
The first time I met Norwell was in December, 1993 I asked, "If I may be so bold Mr. Durant ... how old are you?" He looked down at his feet and shook his head, lifted his head back up, stuck out his chin and replied, "I'm old enough to live on my own!"

Realizing my blunder, I made light of it and told him I had heard he was a bachelor and that I might be in the market for a new husband ... but wanted to be sure he wasn't too young for me! He chuckled, shook his head and took me for his tour. 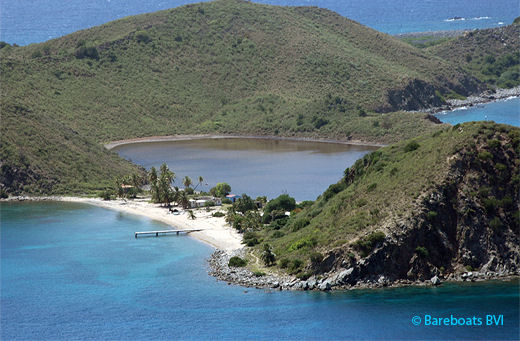 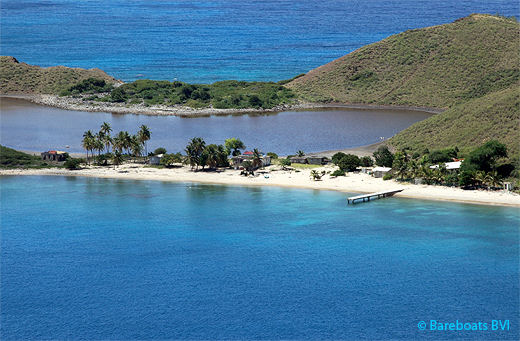 
Norwell kept his age to himself, but he was clearly elderly even then. For the next several years, every time I stopped by, I'd bring him something special from the local bakery and we became fast friends. We'd sit for hours, often not speaking, "just being" as Norwell would say. He'd often ask for news about Tortola and kept up on his international news by listening to radio broadcasts.

Every time I arrived with my little parcel, he'd come down to the dock to greet me and I'd ask; So Norwell, have you had a birthday recently? He would grin, look at his feet, shake his head, wag a finger at me and reply, "I'm still old enough to live on my own ... but what is it you've brought for my birthday?" 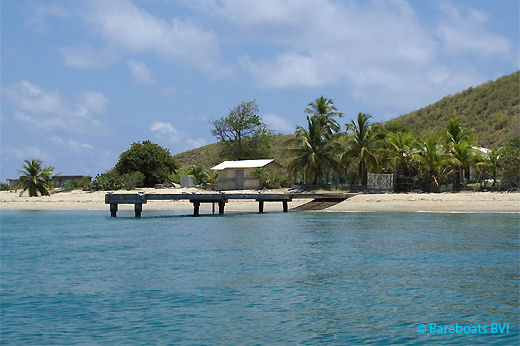 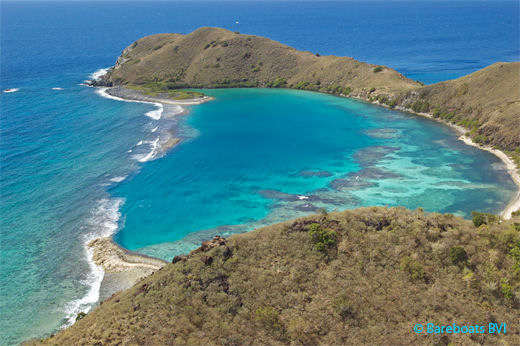 
Before the days of refrigeration, this tiny village with a population of about 100 souls, provided an important industry in the BVI. Residents and passing ships required salt to cure meat and fish. But as time marched by the need for this particular seasoning as anything more than a table condiment passed into history. The villagers left one by one to seek other employment and only 8 stalwart residents remained.

By 1993, the rest had passed away or moved to Tortola or some other island and Norwell was left on his own. He never admitted to being lonely. I once asked him if he ever planned to retire and move off Salt Island. He just chuckled and asked who would take his place and collect the salt? "No, I got my dog and I get enough visitors to keep me happy."

The Wreck of the Rhone

On October 29, 1867, the 310' Royal Mail Steamship, " Rhone " had just arrived at Peter Island and was anchored (together with RMS Conway) off Dead Man's Bay when a hurricane descended upon them. Their anchor dragged and the captain ordered that the line be cut. He tried to make a run for open sea. Before they could make it, the eye of the storm came in from the south and slammed the ship into Black Rock Point seen in the photo below, left. The Rhone broke in two and foundered almost immediately.

It would seem that of the 146 souls known to be aboard, only 23 (who were all crew members) survived. At least 123 passengers and crew, together with all the passengers who had been transferred from the RMS Conway to the Rhone (the number of which is unknown) all perished along with Captain Robert F. Wooley. The Conway tried to make it to Road Harbour but this attempt to outrun the storm failed as well.

The villagers on Salt Island managed to recover only 8 bodies from the wreck of the Rhone and gave them proper Christian burials. The graves can still be found there.

Today, the wreck of the Rhone is one of the most popular dive sites in the BVI and the wreck is still in very good condition. It's alive with fish and all kinds of coral and for scuba diving enthusiasts, its definitely worth checking out! 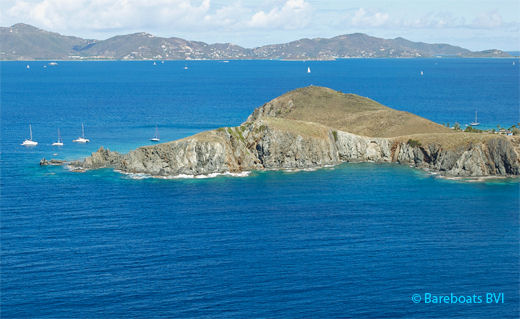 Wreck of the Rhone 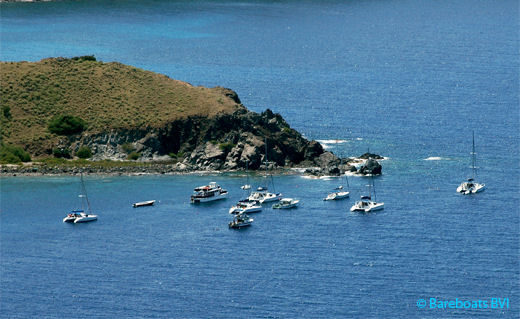 Dive Site - Wreck of the Rhone

In chapter 2, Doctor Fine has provided an account of the Wreck of The Rhone while noting the carnage and the aftermath of this dreadful hurricane that took so many lives, both on land and at sea.

It's a wonderful book and anyone who dives really should read it if planning to come to the BVI ... or bring a copy with you to read while sailing around paradise. You won't be disappointed.