Round Rock in the BVI 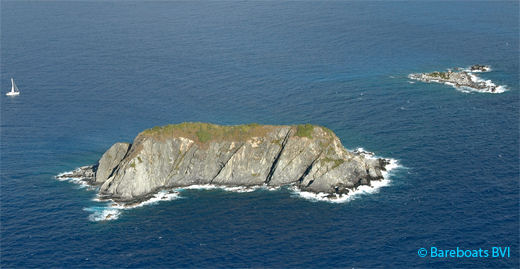 Round Rock in the BVI
The northwest tip of Round Rock is located at latitude 18° 23' 50.25" N and longitude 64° 27' 34.13" W. It lies east of Ginger Island. This large and, easily seen island has steep, sheer cliffs on the north and a severe but marginally vegetated slope on the south.

Its western shore marks the Round Rock Passage between here and Ginger Island to the west. The southwest end of Round Rock (at the top of the cliff) would be an ideal location for a fixed navigation light ... just in case any government folks are reading.

In recent years, the British Virgin Islands government has expressed an interest in trying out a few solar projects. This would be a good place to start. Imagine how much time, effort and money could have been saved, had there been a navigation light on Round Rock, the night of October 15, 2006, when the Vagabond ran hard aground at Broken Jerusalem. Food for thought.
Enter or exit the Sir Francis Drake Channel here rather than on the eastern shore, as this is where you'll find Broken Jerusalem. On rough days, Broken Jerusalem (three groups of low lying rocks) can be hard to spot and have been the bane of sailors for centuries.

The photo above shows the island from the south side with the first section of Broken Jerusalem to the right, while the photo below shows Round Rock from the channel (north) side. 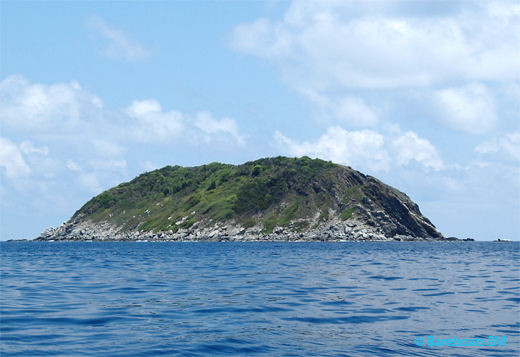 South Side of Round Rock