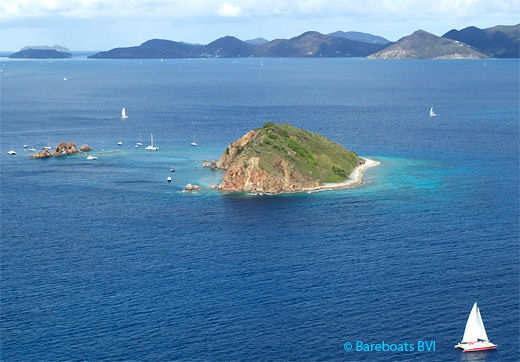 Pelican Island in the BVI
In December, 1993, an acquaintance of mine suggested we go to The Indians for a nice easy dive. I had never been there before as I was a newcomer to the British Virgin Islands.

Upon arrival, we were met with no less than three dive boats and a half dozen bareboat charter boats. Not being very keen on crowds, I quickly set my sites on Pelican Island. We headed over to the protection of the sheer rock face on the leeward side of the island, dropped the hook, donned our gear and took the plunge. My friend had never dived here before, so it was new to both of us.

Much like other notable spots throughout the BVI, some very worthy places are overshadowed by marketing hype. Don't get me wrong, I love snorkeling and diving the Indians, but Rainbow Canyon at Pelican Island is a worthy stop and is frequently crowd free. We just happened to stumble upon it.

There are two canyons, full of spectacularly colourful sponges and a wide variety of reef fish. It's beautiful! Be sure to look under the ledges and in all the nooks and crannies. The place is alive with all sorts of creatures.
More than 20 years later, I still remember that first dive as though it were yesterday. We had no idea what we might find when we dropped in the water but were exhilarated to discover such a fabulous spot. This is a great dive for novices as well! 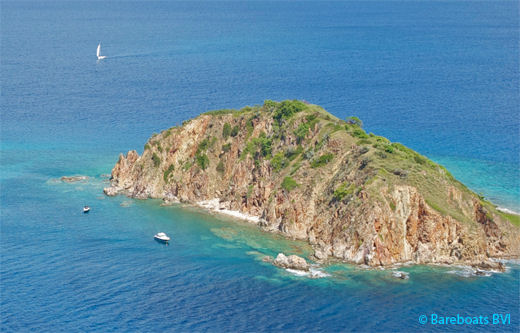 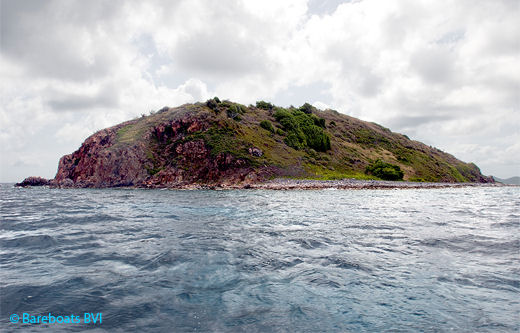 Pelican Island from the Water


After having drained our tanks, we then headed to the north side and sat on the pebble beach for a while and waited for the last dive boat to leave The Indians. With the crowds off elsewhere we had a great time snorkeling for another couple of hours until the sun set. We then headed over to the original Willy T for a burger and then back home to Tortola. What a great day we had!