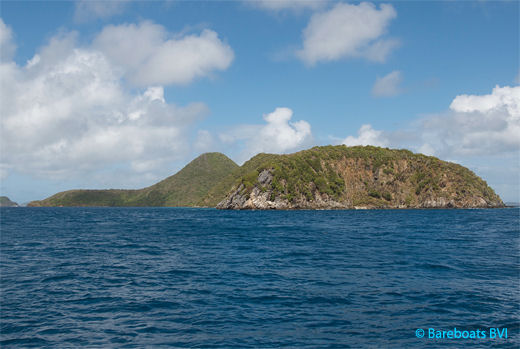 Great Thatch Island
This is one of those places I have yet to explore. It's on my list ... I just have never had the time. There is a ruin here which I would really like to see, so I had better do it soon! Getting to the site won't be easy and I am not getting any younger! :)

Because of its very close proximity to St. Thomas and St. John in the U.S. Virgin Islands and Tortola in the British Virgin Islands, Great Thatch Island, though uninhabited today, at one time boasted a thriving community of permanent residents and was also a customs house and post office. The customs house was unmanned at night, leaving the island wide open to illegal smuggling.

There was quite a ruckus on the island on November 24, 1856 that has been recorded for posterity. Government officials long thought the island was being used for the purpose of smuggling and when a government official was sent to confiscate a boat believed to be used for this purpose, he and his crew were severely beaten and sent packing back to Tortola.

Two days later, a second attempt was made to confiscate the boat and arrest the men responsible for the beatings. A squad of 4 police constables arrived on the island but they were intercepted by an angry crowd of at least 40 people. Undaunted, they persevered and made an attempt to arrest the perpetrators of the violence that had taken place. They too were rewarded with severe beatings. 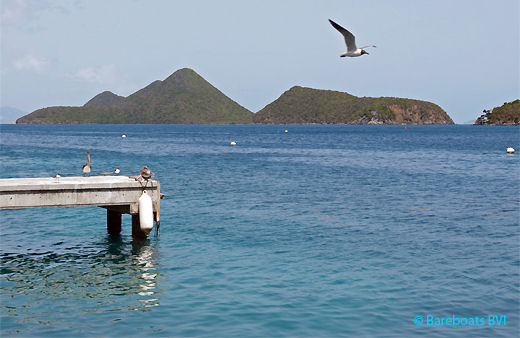 
The next day the government sent 18 unarmed and 12 armed men to the island to put an end to the unruliness, make arrests and confiscate the boat. Seeing that this could lead to a very serious encounter and perhaps loss of life, two Wesleyan missionaries who were known and respected by the residents managed to convince the crowd to put an end to it. The men were arrested and that was the end of the incident.

One of these days, I will get over there to take photos of the ruin and do some investigating!