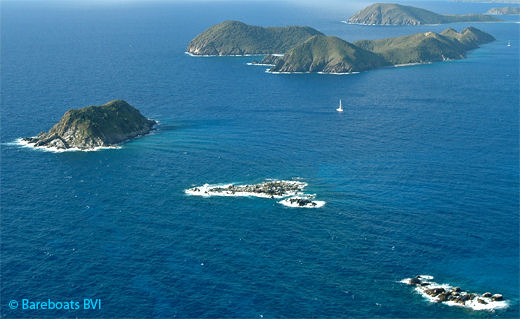 Broken Jerusalem in the BVI
Located southwest of Fallen Jerusalem and north east of Round Rock, Broken Jerusalem consists of three groups of above water rocks spread out over an area of about a half a mile or perhaps a little more and they present a major hazard to navigation.

You can see the first two groups of rocks in the foreground of the photo below with Round Rock, Ginger Island and Cooper Island in the background.

All bareboaters should be aware of them and their location. Check your chart! On lumpy days, some parts can be quite difficult to see if you are not paying attention. Several yachts and ships have fallen prey to these rocky little devils.

Just a few minutes before midnight on October 15, 2006, the motor vessel Vagabond, owned by Ishmael Stoutt of Caribbean Transport Ltd., (based in Tortola) and captained by Magnus De Roche, slammed into Broken Jerusalem while on its way to Anguilla, carrying a load of cement block. All 7 crew members were safely rescued by a passing vessel.
The insurance company had initially intended to salvage the vessel but in the end, it was determined that the damage was too severe and Vagabond was declared a total loss. 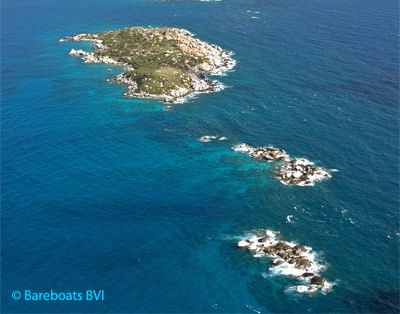 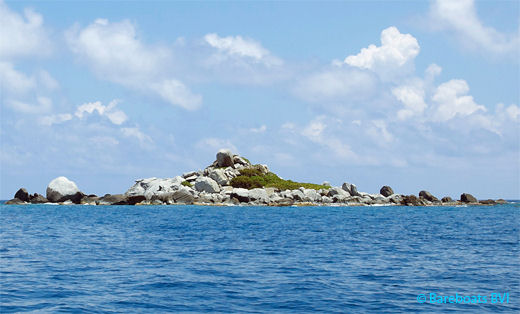 
According to the Department of Disaster Management, the cost to contain and clean up the oil spill and other associated clean up and removal costs were a whopping $256,091.00!

Once again, you will find sea birds here, but not much else. There are no beaches to explore. 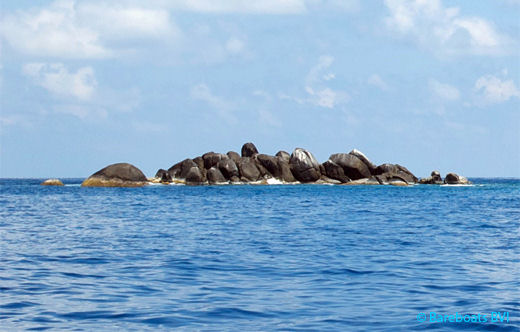 Another View of Broken Jerusalem 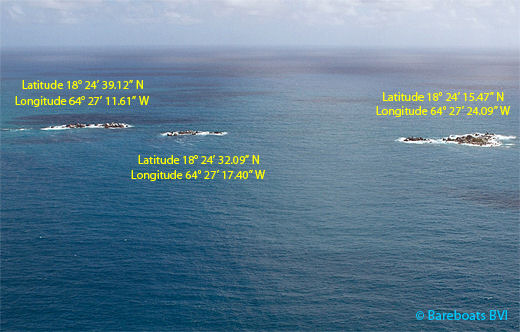 
Though there really aren't any good drift diving sites in the BVI, according to Jim Scheiner of Rainbow Visions Photography, there is "reasonable" drift (most days) between Round Rock and Fallen Jerusalem that takes you past Broken Jerusalem.