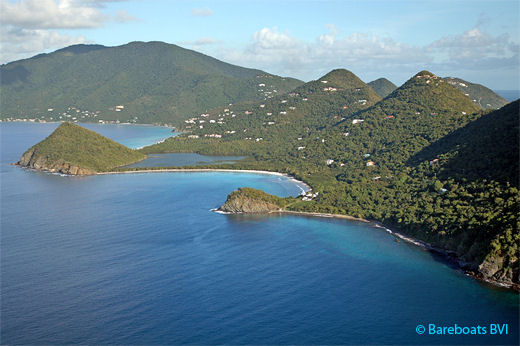 Smuggler's Cove
Whether sailing or staying ashore, Smuggler's Cove is most certainly worth a visit! The British Virgin Islands are rife with beautiful beaches and although this is just one of many, it is also amongst my personal favourites.

In recent years, a fair amount of controversy existed regarding several beach vendors that had moved into Smuggler's Cove, without trade licenses or proper facilities. Since then, the vendors have been asked to leave and rumour has it that (for the time being) one person has been given a license to reopen in the location where Bob Deniston's Honour Bar once was.

The building is in very sad shape, but already, a lot of cleaning up has been done around the exterior. A great deal of scrub brush has been removed and several small coconut palms have been planted.

It appears as though someone has carefully dismantled parts of the building to determine if it is salvageable. The roof looks to be in pretty good shape but if anyone plans to take on the rest of the building, they have a long way to go.
The BVI government has plans to install washroom and retail facilities, somewhere on the beach. No timeline has been provided and no conceptual plans have been tabled thus far. I don't know if it entails more than just Bob's place ... but my guess is that it does as it seems much more space is being cleared out behind the beach, likely to accommodate cruise ship visitors. 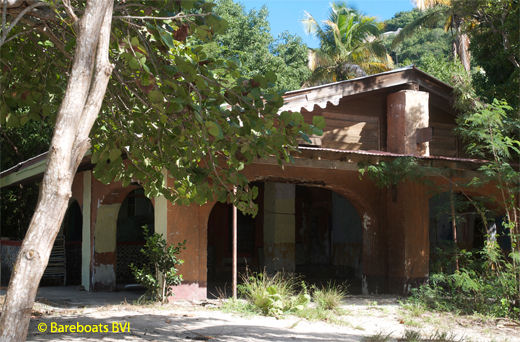 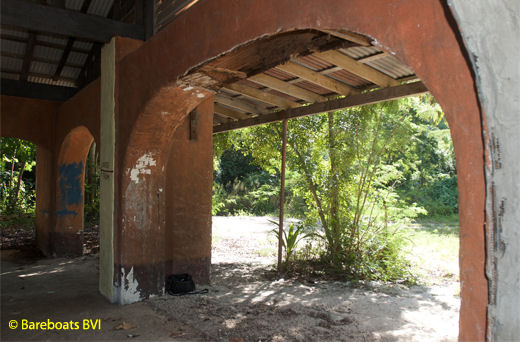 
Swimming here is marvelous and the snorkelling is even better. It is a great spot for swimmers of all abilities to sneak a peek at the underwater world of the BVI, so be sure to bring your mask and fins and head east down the beach! There's a large and very shallow area that is rife with sea life. Just float on the surface and check it out. What more could anyone ask of a day in paradise?

As you approach the beach from the water, it's very easy to see where the reef begins and ends. Yachtsmen may approach and anchor safely but there isn't a lot of room between the coral heads. Use your chart and cruising guide as references but good eyeballs are your best bet on a nice sunny day.

Get here early if you'd like to spend the day here as there aren't a lot of spots to anchor. However, several charter companies have made Smuggler's Cove off limits as navigating here can be tricky if the sun isn't in just the right position. 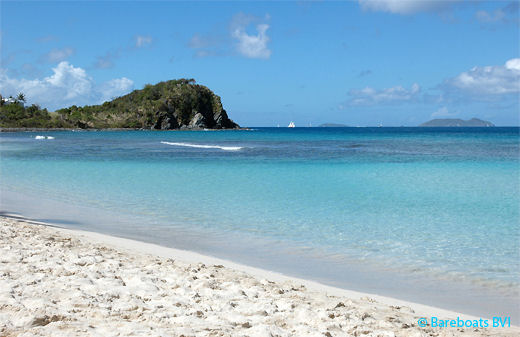 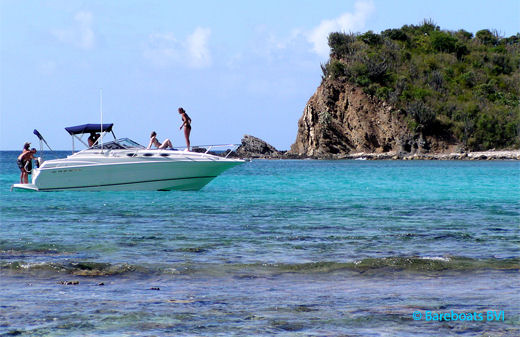 Boat at Anchor in Smuggler's Cove


The following 2 pictures may seem unimpressive but they both claim a place of honour in BVI history! Since 1959 or 1960, the Smuggler's Cove "honour bar" was operated by Bob and Nell Denniston, until Nell, (who had been confined to a wheel chair for some time) passed away in 2000. Bob then left us in May 2002, at the age of 83.

The place had fallen into disrepair in the late 80's and mid 90's after a couple of hurricanes did their best to rip the roof off. Not having the energy he'd once enjoyed, Bob was unable to restore the bar himself and the jungle began to swallow the place whole. In spite of its dilapidated condition, Bob and Nell continued to operate the honour bar as they always had.

So thick was the jungle that by 2003, the building was barely visible from the beach. (I wish I had taken photos!) Since then, his son Matt Denniston attempted to rescue his parent's legacy and set about making restoration plans.

However, the family since decided to sell the land to the BVI government. It really was a special place. My friends and I sometimes used it to host beach parties here from time to time. Today, the bar is apparently in the throws of being brought back to life. More to come once it is up and running. 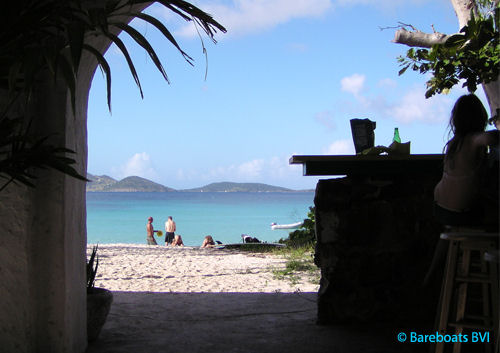 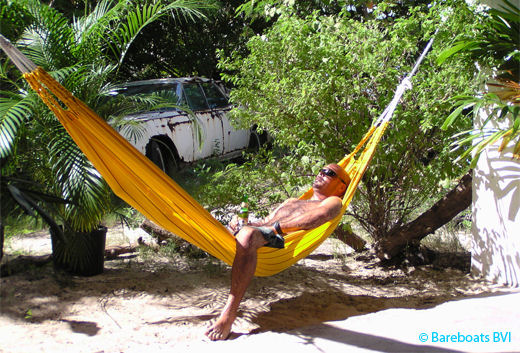 A Dog Day Afternoon - with the Queen's ride in the background


Queen Elizabeth II paid her second visit to the BVI in 1967. The Lincoln Continental which had been proudly displayed for many years inside Bob's Beach Bar (seen in the above photo) was the vehicle used to carry Her Majesty on her tour of Tortola. It was later moved into the bushes where it proceeded to deteriorate beyond any hope of preservation. It was unceremoniously hauled away sometime in 2012 along with a lot of rubbish that had collected over the years.

A note for classic picture buffs: Parts of the 1990 movie remake of Hemingway's novel, The Old Man and the Sea, starring Anthony Quinn, were filmed right here at Smuggler's Cove, Tortola. Bob had some really great stories about those days!