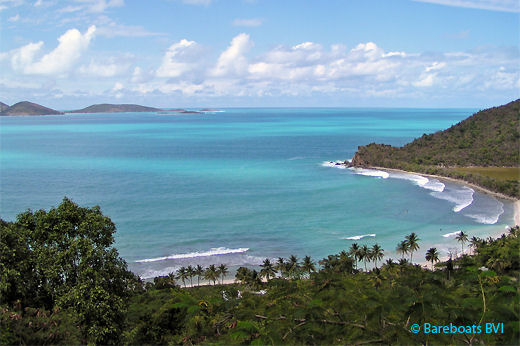 Smuggler's Cove Beach - Tortola
I have a lot of "favourite" beaches in the BVI, but Smuggler's Cove, in Lower Belmont Bay is where I usually go (if I have time) to swim, kick back and relax for a while.

I love this place... and not just because its relatively close to my home, but because this particular beach is quite simply irresistible, the views are fantastic and the snorkelling is wonderful in certain spots!

The dirt road access is less than inviting and its not unlike embarking upon an African Safari to get here! In fact, some people prefer to walk in, leaving their cars elsewhere rather than drive. But of all the beaches in the British Virgin Islands, this one is definitely worth the trouble!

I prefer peace, quiet, good snorkelling and uncrowded beaches, so this is the perfect place for me. However, in recent years, the government has seen fit to have cruise ship passengers visit here. I choose to avoid going to the beach on those days.
On the far east end of the beach, out at the point, you will often find folks yoyo fishing on a nice quiet Sunday afternoon such as this. As a reminder to visitors ... unless you closely resemble the little guy in the photo below, public nudity is against the law in the BVI. 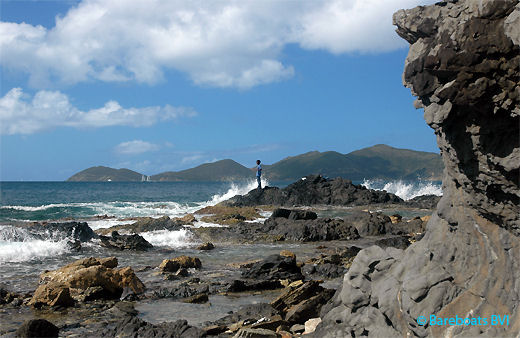 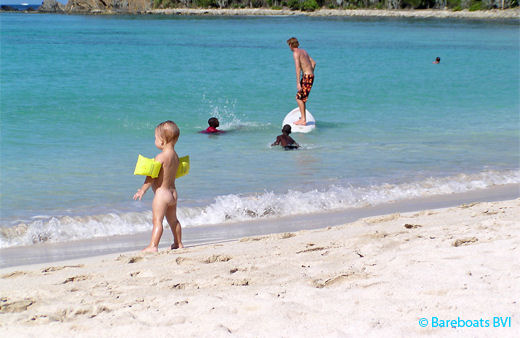 A Little Nudist soaks up some sun 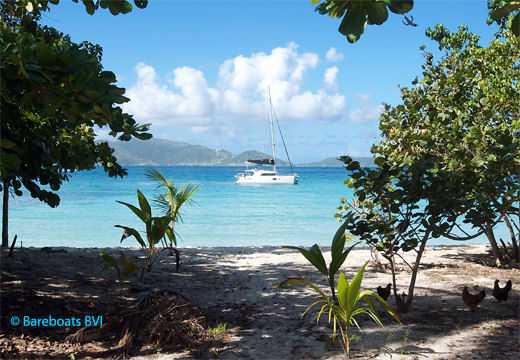 Catamaran at Anchor in Smuggler's Cove 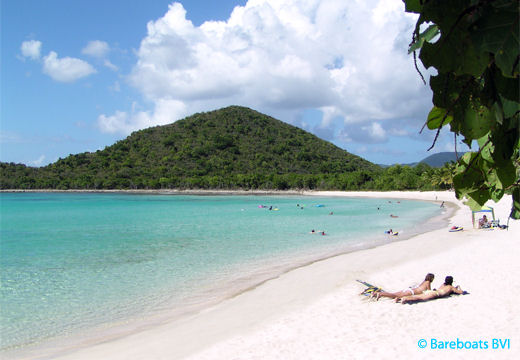 Just another day at the Beach!