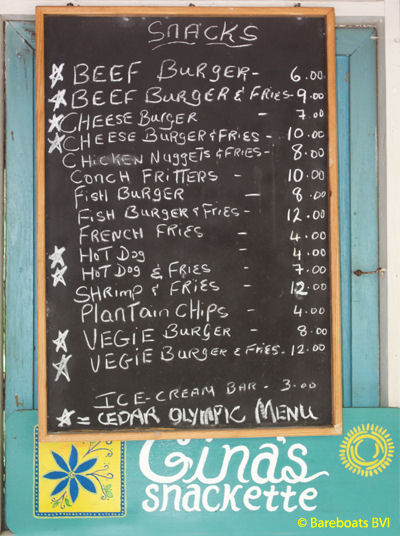 
Nicole (not his real name) and I go back a ways. I once asked him what his real name was and he told me ... but only under under pain of death should I disclose it online. A promise is a promise, so I can't tell you his real name, I'll leave that up to him. However, I can tell you he's a very affable guy and a lot of fun to talk to!

Most days, Nicole is glued to the TV set inside the restaurant, watching court TV or some sort of true life murder mystery show. Although I had been into the snack bar several times prior, the first time I spent any time with Nicole, he was anxiously awaiting the OJ Simpson trial to begin on TV.

It was November 2, 1994 and he could barely tear himself away from the TV to serve drinks. He hasn't changed a bit. More than 20 years later, it's the same story every time I go there. Different trial or police type story, and he is still fascinated by human depravity and murder. LOL. Ask him about the circumstances surrounding just about any murder that's been televised ... and I bet he can give you accurate details.

The view from the restaurant is terrific and the best part is that it offers both shaded areas and sunny places. I can't sit in the sun for long, so my spot is usually where the folks in the photo below are sitting.

There's another bar down the beach at the Camp Ground ... but in all the years I have been going to Brewer's Bay beach, I have never once seen it open. Nicole's is pretty much the only game in the bay.

The food is simple yet surprisingly good. The conch fritters I've had have been excellent and the hot dogs and burgers are pretty decent too!

Obviously, since the menu is written in chalk, items available and prices are subject to change without notice ... but this gives you the general idea! :)

Getting here can be tricky if you don't know where you are going. The easiest way is to take Brewer's Bay Road from the Ridge Road if approaching from the East.

If approaching from the West on Ridge Road, you can go the long way around to Brewer's Bay Road ... or (when you get to Rudy's Bar at the 3 way intersection) you can take the road leading down to Cane Garden Bay.

Instead of making a left down to Cane Garden Bay, take the very narrow little road (strait ahead) to Soldier's Hill Road and down into the bay. This is a very steep road with lots of switchbacks, so if you are not thrilled about steep, windy roads, best to use Brewer's Bay road. (I like the drive on my scooter down Soldier's Hill!)

Nicole's Beach Bar is located at the far western extreme of the beach.