As some of you may have noted, I love history and figuring things out based on what you find at a place like this. However, if you have been to the Callwood Distillery, it is relatively easy to figure out what once existed here.

In the photo below, you can see the main furnace which is located directly beside the main entrance to the boiling house. Just around the corner to the left, the outside wall of the boiling house reveals three smaller fire pits used to heat the coppers used to reduce the sugar juice to molasses. 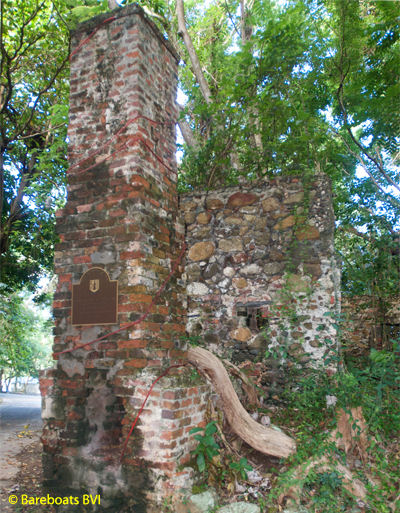 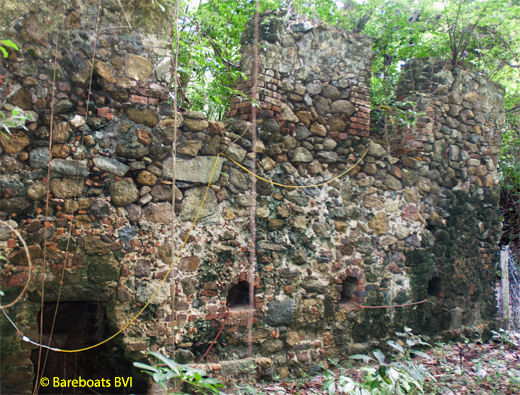 
Further along the outside wall are the remains of two stills in various stages of decay. These were once used to brew cane rum. Directly behind the stills was the storage house where the barrels and demijohns would have been stored until the rum was sufficiently aged and then shipped to market. 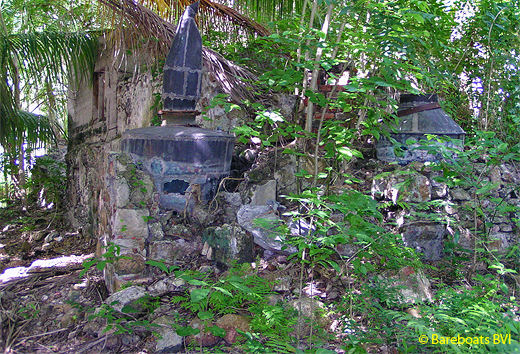 Stills at the Brewers Bay Ruins 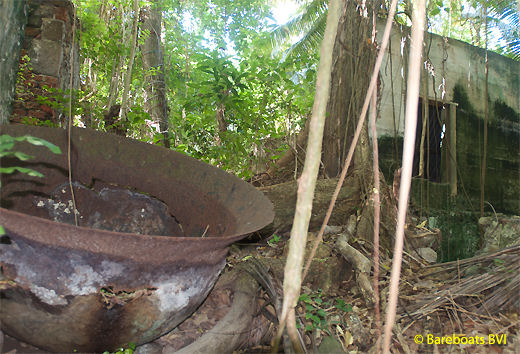 
On the opposite side of the ruins, you'll find a few coppers lying around such as the one shown in the foreground of the photo above. To the right is what was one the storage house.

If you carefully pick your way between the undergrowth, the copper and the storage house, you can see inside what was once the storage house which clearly had two floors. The roof has collapsed and much of the corrugated steel roof lies in the basement and up against one side of the wall. The roof trusses have fallen into and across where the floor once was. 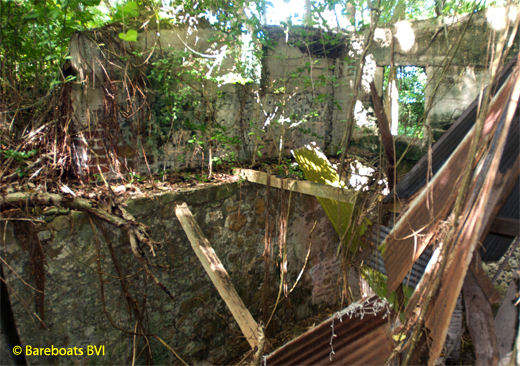 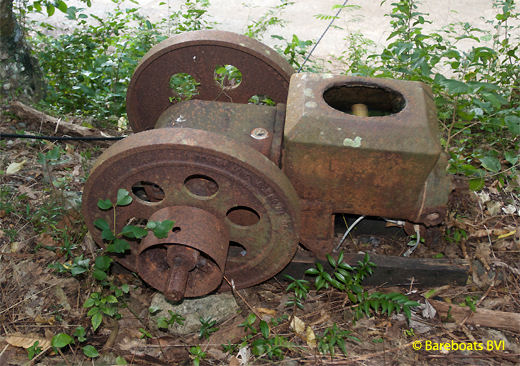 
At the entrance to the boiling house, sits an abandoned Stover CT-2 Hit and Miss engine. It was a 1.5 or 2.5 hp single cylinder gasoline engine manufactured by the Stover Manufacturing and Engine Company of Freeport Illinois.

This portable engine was manufactured as early as the 1920's, but I couldn't see the manufacturing date. It may have been used as a generator to supply electricity in the early part of the century or as a water pump ... or for any number of different uses. Clearly though, it did not belong where it is currently sitting. You can see one of these little engines in operation here.

The inside of the boiling house is terribly overgrown and really needs some TLC ... but you can still see the boiling area and the depressions where the coppers once sat. One of the coppers is still in place and seems to be a great place for mosquitoes to breed. Be sure to use bug repellent if you plan to do any exploring. 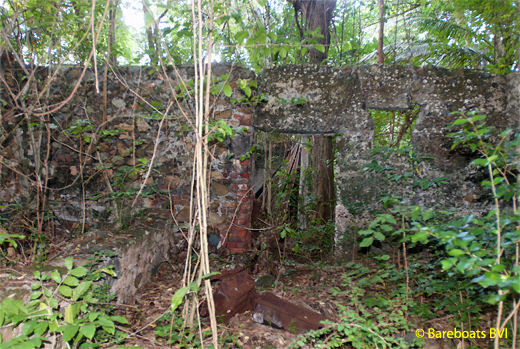