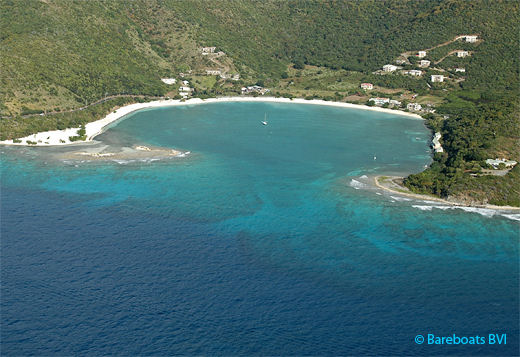 Brandywine Bay Beach - Tortola
The government of the British Virgin Islands brought in several thousand tons of sand dredged from various harbours around the island and used it to rebuild the beach at Brandywine Bay. The beach had eroded substantially over the past several years.

There's nothing much here other than pretty swimming and snorkelling. There's likely good shell collecting as well, as a result of the dredged sand. (I didn't have time to thoroughly investigate, but I found a couple of Sunrise Tellons in good shape, just lying on top of the sand.) If you bring a small shovel and sieve, chances are you may find a few well kept treasures here!

Tourists rarely visit, but that may change. The government has plans to develop this beach and turn it into an entertainment area as well as an alternate beach for cruise ship passengers. It should help take the strain off other beaches other beaches such as Cane Garden Bay.

Though I have never done it, my guess is that snorkelling or diving on the outside of the reef on either side of the entrance might be a pretty good spot as I doubt many others have paid much attention to those areas. 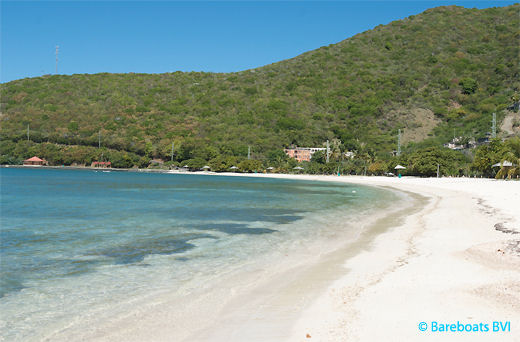 A View of the Beach