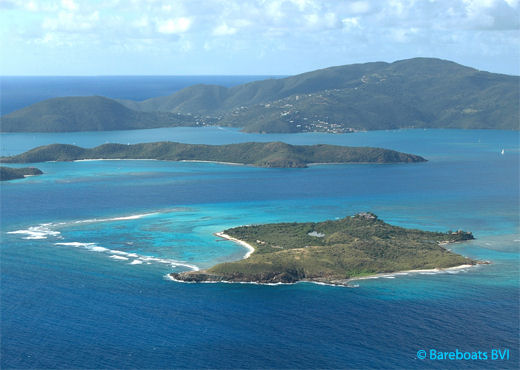 Necker Island, British Virgin Islands
Sir Richard Branson bought Necker Island from Viscount Cobham for $120,000.00 in 1977. His intent was to turn it into a high end recording studio for his company, Virgin Records. At some point, those plans changed and he decided it would be a marvelous place for him and his family to call home, entertain friends and business acquaintances.

I doubt very much that Sir Richard envisioned (back then) that Necker Island would one day become one of the world's most lavish, privately owned vacation destinations in the world ... or that he would host guests such as Nelson Mandela, Nobel Peace Prize winner, Bishop Desmond Tutu or Princess Dianna and her sons. Anybody who is anybody has stayed here ... except me of course. I've never set foot on the island but would dearly love to see the animals and hope to join one of Gumption's Tours some day. :)

In 1984, this amazing 74 acre private island was made available as an exclusive resort destination. You may rent the whole island or a room. As you can imagine, many activities are available to guests, including tennis, swimming, kite boarding, SCUBA diving, sailing and the Necker Nymph, a submersible "plane" is also available to guests with their trained pilot.
The island also boasts a state of the art fitness center and spa with message therapy and spa treatments as well as world class dining. 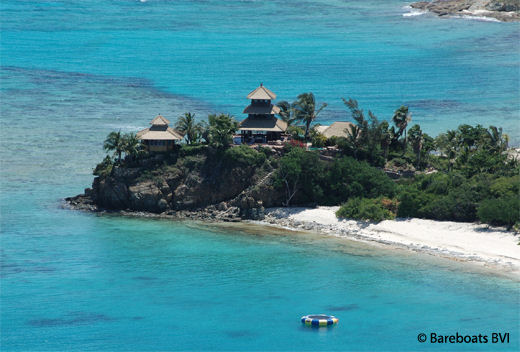 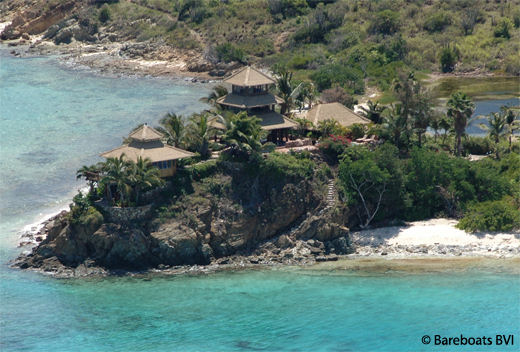 
Over the years, Necker Island and the Branson family have played host to some of the world's most well known individuals. A virtual parade of rock stars, movie stars, political heavyweights, industry leaders, business moguls, royalty and even a few wealthy commoners have enjoyed British Virgin Islands hospitality at it's very best.

Sadly, in the early morning hours of August 21, 2011 lightning hit the stunningly beautiful Branson home (seen below) when tropical storm Irene passed through the British Virgin Islands. The great house was razed in a matter of hours as wind from the storm whipped the flames upwards of 300 feet into the night sky. Thankfully, all occupants (including Kate Winslet, her children and Richard's elderly mother) managed to escape unharmed.

A little Galapagos tortoise named ET wasn't quite as lucky. His poor little feet got singed by the fire, but happily, he has since recovered.

Photos of the new and improved great house will be uploaded as soon as I am able to go flying again. According to some videos I've seen on line, he now has a zip line from the house, all the way down to Turtle Beach and a putting green on the roof! Sounds like a lot of fun. :) 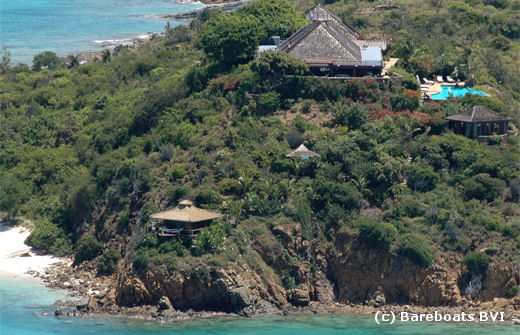 
I am actually a Richard Branson fan. I admire his accomplishments, his entrepreneurial spirit, zest for life ... but most of all, I admire his commitment to endangered species and the environment.

The Branson's have a Lemur refuge on the Island with both ring tailed and red lemurs. The ring tailed lemur is an endangered species while the red lemur is considered vulnerable. Both are threatened as a result of over hunting and habitat destruction in Madagascar. They also have a large flock of flamingos (more than 100 I am told) and various other birds that are threatened and/or endangered.